Pictured, second in from right, front row, is Herbert Gale (1917 - 1993) in this football team photo of the 29 British General Hospital which was taken during World War Two. 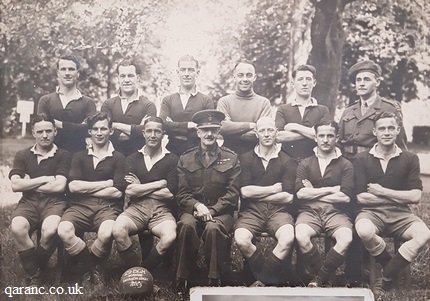 The football has painted on it:

We think it was taken either in Belgium during January to June, or at Belsen Concentration Camp, Germany, as part of the British Liberation Army during June/July, prior to the unit moving to Hannover. 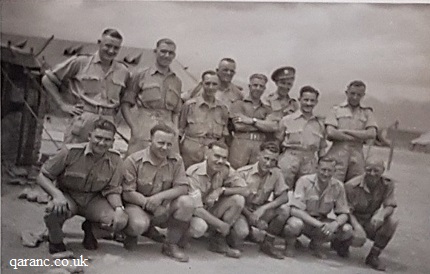