The Motto Of The QARANC

The Motto Of The QARANC is the Latin phrase Sub cruce candida. Some sources state Sub-Crucia Candida.


This translates to English as Under The White Cross. 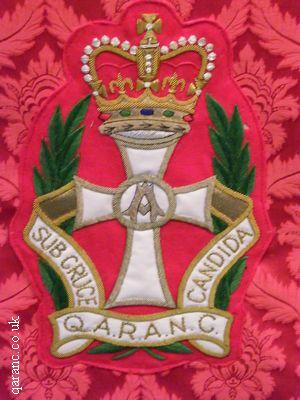 
The motto was chosen by the first President of the QAIMNS (and later became the first Colonel-In-Chief of the QA's) Queen Alexandra. It comes from her chosen insignia of the British army nursing service which is a white cross taken from the Danish flag from where she came from the Royal House of Denmark.