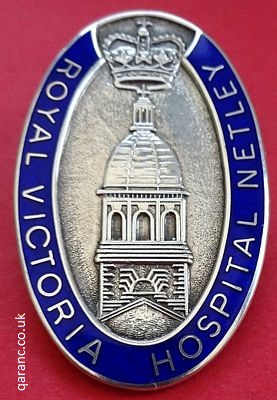 This silver badge is for the Army School of Psychiatric Nursing and is an earlier variant named for Royal Victoria Military Hospital Netley. The one pictured is hallmarked for 1972.

Does anyone know if a similar badge existed in green enamel for an Enrolled Mental Nurse? Please contact me if you can help.

With thanks to Peters Nursing Collectables for the photograph.

See also Army Trained Nurse Badge - the information is about a third of the way down the page.