The National Memorial Arboretum Nursing Memorial commemorates the Voluntary Aid Detachment and professional nurses who lost their lives in the two world wars. It bears the names of over 1200 who died, engraved by stonemason Nick Johnson. The sculpture depicts two bronze hands holding a sandstone globe and represents the wide field in which they served, on land and sea. As research develops it is expected that the names will increase to over 1700.

Other dignitaries included Colonel McCourt, the Chief Nursing Officer Army and 97-year-old Ethel Lote, who nursed at Burntwood Military Hospital in Staffordshire and cared for the sick and injured from Dunkirk.


The sculpture was designed by Georgie Welch.

With thanks to Richard Pursehouse who covered the unveiling for the Sunday Mercury. Below is his full article: 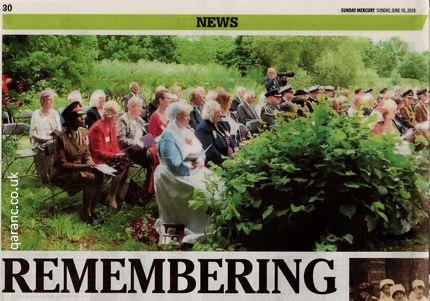 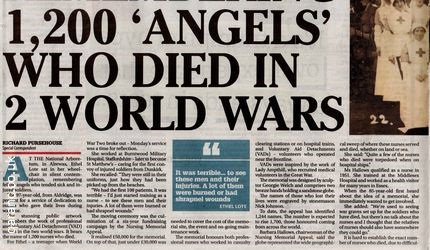 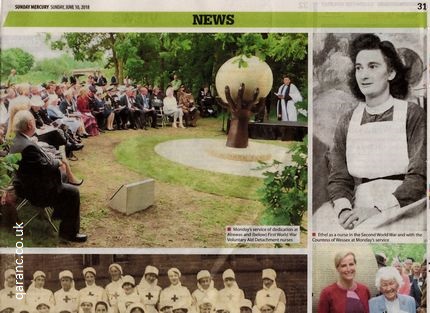 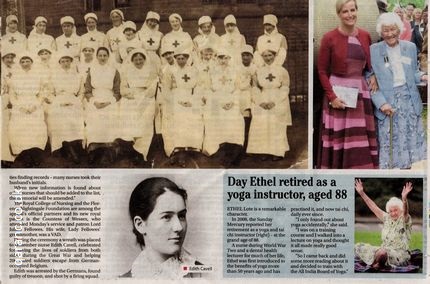 Richard also provided coverage for the: