BMH Munster was one of several BAOR (British Army On The Rhine) army hospitals in Germany. It closed in 1991 when the refurbished BMH Iserlohn re-opened.

These two photos were taken in late 1956 by Lab Tech Cpl Peter Elgar: 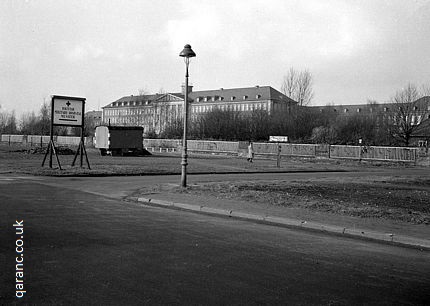 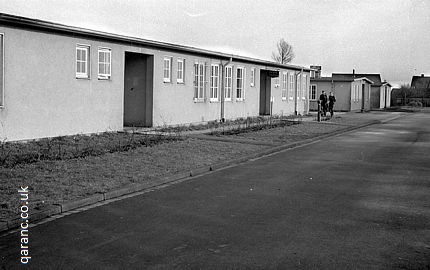 
Below is a photo of BMH Munster that occupied one wing of the German Krankanhauus.

A Very Private Diary: A Nurse in Wartime

are the war diaries of QAIMNS(R) Sister Mary Morris who nursed in the 25 British General Hospital in Munster in post war Germany in 1945. He described the building as being previously used as a Wehrmacht HQ. She goes into great detail of conditions at the time including witnessing starving civilians, ruined buildings and having to barricade herself in her bedroom when sleeping due to the high rate of burglary.

In his book Stand by Your Beds!: A Wry Look at National Service

by David Findlay Clark the author talks fondly about sitting in Munster Biergartens enjoying his posting to Germany by sampling the local beer and food, a memory many QAs and RAMC staff who served at BMH Munster may also fondly recall!

David Findlay Clark also writes about a chilling moment during the post World War Two years in Germany when during Operation Coronet he joined fellow officers in a more comfortable shower room courtesy of an olive grey uniformed Wehrmacht soldier. They had previously been using a bucket with a hole and cold water but in looking around the Countryside found a large building still be guarded by the Germans. The Wehrmacht soldier allowed them to use a building that had a large shower room that had to be lowered to the floor and had chambers leading off which had one way metal pipes and no ventilation. It only dawned on them after their shower that they had used what the Germans may have called a "Decontamination Centre" but in reality was a death camp. Kathleen McNally has kindly provided the wedding and QAIMNS photos of her mother, Nursing Sister of the Queen Alexandra Imperial Military Nursing Services Lieutenant Catherine "Kay" Curley and her husband Sergeant Alfred Britton who were married in the Army Chapel, Munster, West Germany. 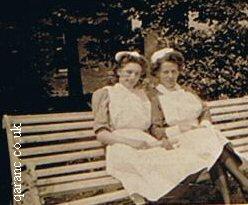 During World War two Lt Catherine Curley courted Flt Lt J.G. Doyle a pilot in the Royal Canadian Air Force who was shot down and presumed killed in action.

She later fell in love with Sgt Britton whom she met when he was injured driving down a German autobahn. He had previously served in Burma and was sent to Germany for the demobilization of the German Army. The accident he was in was when they were transporting German Prisons of War from one place to another. He sustained a head injury and was nursed by Sister Curley. They married in 1948. Their marriage licence read: 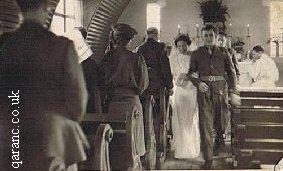 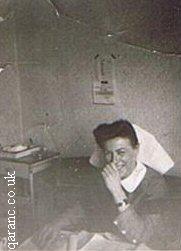 Her daughter recalls seeing her mum's QA nursing cape which was covered with badges from every nation and every force. If you can help Kathleen with any more information about her parents and their service career the please contact Qaranc.co.uk and we shall pass on any info and pictures. Thank you.

Here are some more photographs from the collection of Lt Britton: The photograph above is post war torn Cologne on the Rhine, the bombed Hohenzollernbrucke Bridge with the damaged Cologne cathedral in the background. 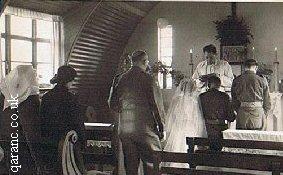 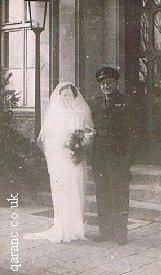 The picture above is of the bride who in the absence of her father was given away by a senior officer who is thought to be either a Major or a Colonel. 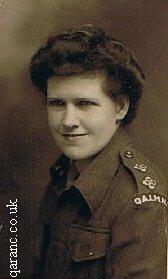 The photo above is a friend of Lt Britton (nee Curley) but sadly we do not know her name. If you can help with this information please contact Qaranc.co.uk 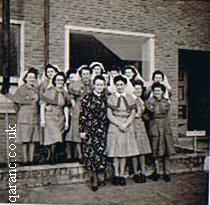 Sadly none of the QARANC.co.uk team had a German posting and would love to expand this page with more details about the hospital and include a photograph. If you are a former or serving member of the Queen Alexandra's Royal Army Nursing Corps we would love your help. We would also like to hear from anyone who can provide directions and an address to get to the location of BMH Munster. Contact Qaranc.co.uk

In 1971 to76 the street location was Von Esmarsch Strasse.