BMH Kinrara was located near to Kuala Lumpur in Malaya.

In 1950 an 18 bedded ward was opened to treat Ghurkas suffering from tuberculosis. A year later this was increased to 100 and reached a capacity of 146 beds. Those who needed Thoracic surgery were flown to Britain to the Army Chest Centre at Connaught Hospital near Hindhead in Surrey. (Cited from Soldier Magazine March 1960).

There are photos of a QA officer working in the families ward, the Ghurka sanatorium ward and the garden of the Officers Mess in Sub Cruce Candida: A Celebration of One Hundred Years of Army Nursing


The following photos are from the collection of David A G Taylor who was a National Serviceman in the RAMC between March 1960 to March 1962. They were taken between 1960 and 61. He recalls:

After basic training, with the exception of only three times doing night duty on adult wards, I spent the entire time on the Children's Ward at BMH Kinrara. The sister in charge was a Major Monaghan with four other sisters Lt Babs Butcher, Mary, Loveday Backhouse and a Welsh sister. From time to time sisters from Australia or New Zealand did work on the ward. (One of whom was Helen Adamson, more is written about her, with photos, in Willingly Into The Fray: One Hundred Years of Australian Army Nursing

During my time Abu Bakar, a Malay Other Rank, was the only permanent army nurse, though occasionally other MORs spent short periods on the ward. I was the only permanent orang puteh (white man) with a few exceptions when other BORs spent short times on the ward. The compliment of nursing staff was made up of local Indian and Chinese females - I do not know if they had any formal training. 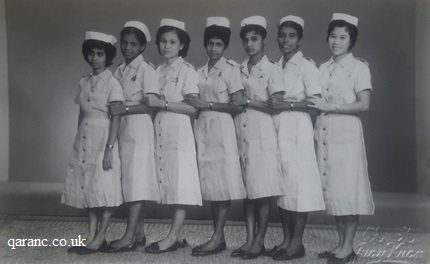 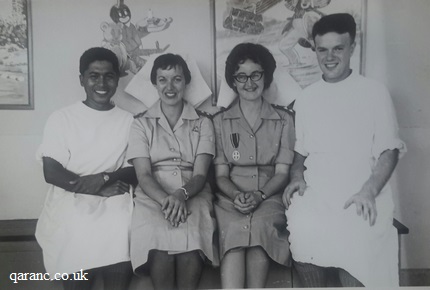 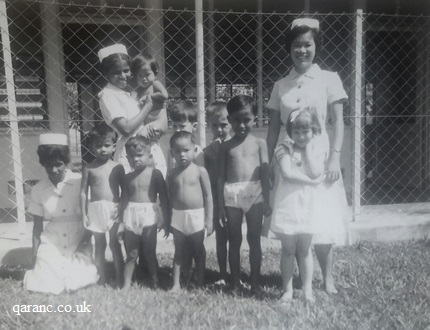 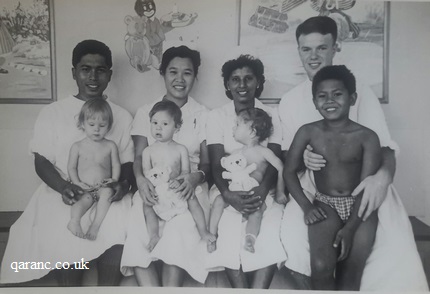 You will see we had a number of local children and had some fun! 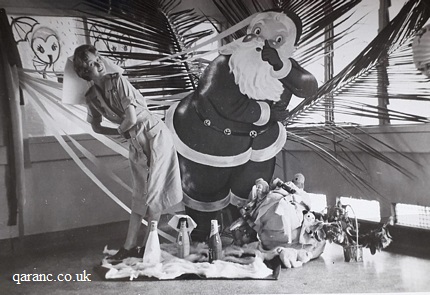 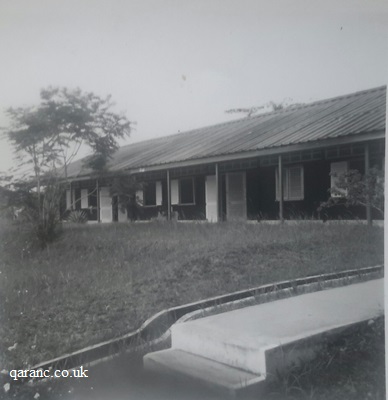 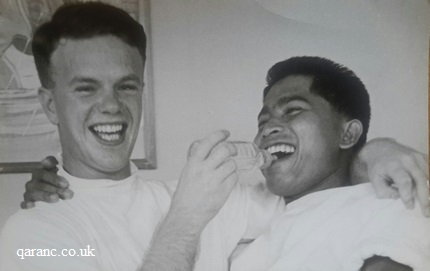 Sadly Abu Bakar died a few years ago, but I have been back about 8 times and stayed with Abu's family and they have visited me in Edinburgh.

I have kept in touch with another friend, Sharif, whom I 'specialed' on night duty, and have stayed with him on a number of occasions over the years, as indeed have my sons when they travelled round the world. Sharif got me back in touch with Sie Lie, now a very lively 86 year old. 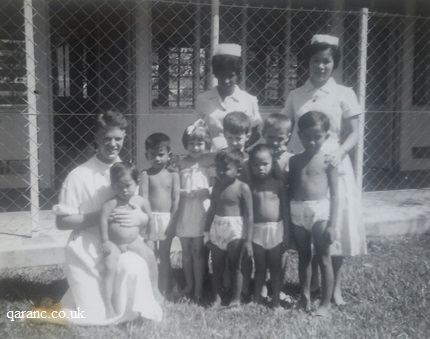 A reluctant National Service man to start, but what an experience from which I benefit today. David A G Taylor

It is thought that British Military Hospital Kinrara closed when BMH Terendak opened and the staff of 34 Company RAMC were transferred.

John Weeks comes from a family with an outstanding service to our country:

My father joined the RAMC in 1921, soon after being discharged after World War One. He served for over 22 years in the Corps. He was taken prisoner at Crete and was in Stalag VIIIB before being repatriated in late 1943. He was then posted to BMH Tidworth and was later at the MRS in Bulford. He was to leave the army as a Staff Sergeant in 1945 and took up a post at the Army Medical Stores in Ludgershall (as it was then known) in charge of the drug section, where he stayed until he died in 1957. His regimental number was 4115388. 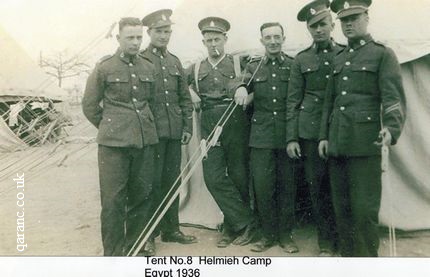 A photo of father, Wilfrid Victor, third from the right, taken in Egypt in 1936 with other 'medics' at Helmieh.

I was serving in Malaya in the Royal Engineers from 1956 to 1959 and our daughter was born in BMH Kinrara in June 1957. My wife remembers the sisters in charge called Munro (Maternity Ward) and Cochrane (Families Ward). My wife was only 19 when our daughter was born and is indebted to Sister Cochrane for her kindness and care. She would love to thank her personally.

A few years ago I wrote an account about our life on the BBC Peoples War site. It is item A2148356 or if you just type in 'Aged 6 evacuated Egypt to Palestine and South Africa’, to find it. 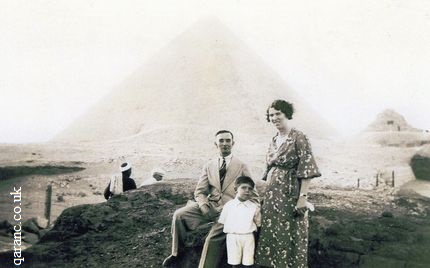 A photo of John as a youngster with his parents in front of the pyramids in about 1936 or 1937.

I arrived at 11 Ind Fld Sqn RE at Sungei Besi around October 1955, having completed my tour of duty in Korea, and with a few months left of my Far East posting. The Squadron being posted for duty up country, and with my time running out, in company with a couple of fellow Sappers I was despatched for guard duty at BMH Kinrara for two or three weeks that encompassed the Christmas period. My outstanding memory of that time was a high jinks spontaneous Christmas party that took place, as I recall, in a theatre. I have fond memories of that time, and of KL, leading up to my return from Singapore in February 1956 on the MS Dilwara for demob. Colin Bowles