Information about the role of Director Army Nursing Services (DANS) and Matron-in-Chief (Army) within the QARANC with the Officers who have held this position and dates of service:

Up until 2016 the most senior member of the Queen Alexandra's Royal Army Nursing Corps was the DANS whose full title is Director Army Nursing Services (DANS) and Matron-in-Chief (Army).

He or she was the highest serving Officer of the Queen Alexandra's Royal Army Nursing Corps in overall charge of the QARANC.

Upon appointment the DANS became the ex-officio President of the QARANC Association.

The last Director Army Nursing Services and Matron-in-Chief (Army) was Colonel David Bates ARRC L/QARANC who was appointed as DANS vice Col Childerley on July 2013. This also saw the introduction of the joint role of Assistant Director of Business Assurance and Healthcare Commissioning. 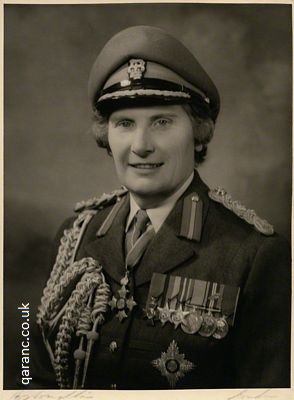 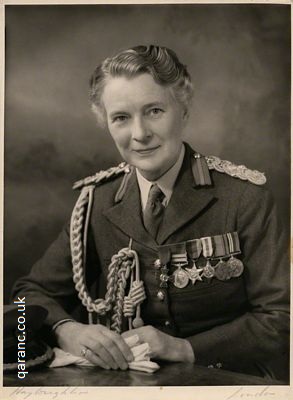 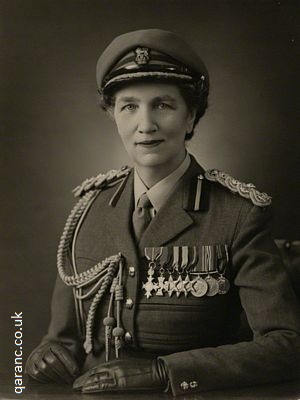 This comes from her photograph archive and copies are also retained by the National Portrait Gallery and the Imperial War Museum. It was taken by Hay Wrightson.


Prior to this the QAs were known as the Queen Alexandra's Imperial Military Nursing Service (QAIMNS) and a similar role was the Matrons In Chief.

Brigadier Helen S Cattanach was the Director Army Nursing Services (DANS) and Matron-in-Chief (Army) of the QARANC between 1973 and ?. Upon retirement she was appointed the Colonel Commandant QARANC on the 30 June 1978.

Helen S Cattanach was born in Knockando in Morayshire and attended Elgin Academy. She trained as a State Registered Nurse at Woodend Hospital in Aberdeen. During World War Two she became a member of the Civil Nursing Reserve and joined the QAIMNS (R) in June 1945. One year later she became a regular Nursing Sister of the QAIMNS. Her first 12 years of military service saw her nurse in India, Singapore, Java, Germany, Egypt and Gibraltar with postings throughout the United Kingdom Military Hospitals.

Helen Cattanach was awarded the Royal Red Cross Medal in 1963.

Sister Helen Cattanach then moved back to nursing where she became a ward sister in Hong Kong. Promotion soon followed and she became the Matron at BMH Munster in 1968 and then Matron at the Cambridge Military Hospital in 1969.

Colonel Helen Cattanach was then appointed the first Director of Studies QARANC. In December 1972 Col Helen Cattanach was promoted to Brigadier and appointed the Matron-in-Chief and Director of Army Nursing Services. She is noted for setting up a Regimental Headquarters for the QARANC. In 1973 she was appointed Queen's Honorary Nursing Sister (QHNS) and in January 1976 she was awarded the CB (Companion of the Most Honourable Order of the Bath).

Brigadier Cattanach lived in Woking in her retirement and was appointed to the position of Colonel Commandant on the 30 June 1978. She was the Chairman of the Millbank Branch of the QARANC Association.