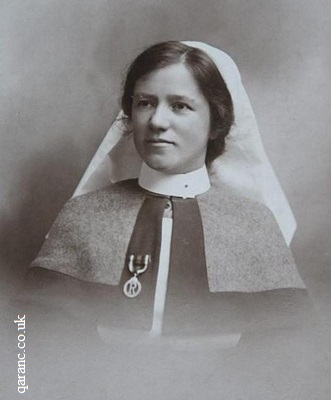 She wears the QAIMNS(R) Medal on her right breast. This is silver for nursing sisters and bronze for staff nurses. A nursing sister would have two large scarlet bands, one inch thick, on her lower arms, just above the cuffs. Beneath her white apron is the grey dress. Her cape is grey with scarlet edges.

Read more about uniforms on the Why QA's Wear A Grey Dress and Beret page.