This QARANC stained glassed window can be found in Our Lady Queen of Heaven Catholic Church opposite Frimley Park Hospital. 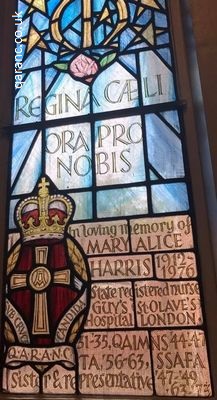 Read about the Belfast Memorial Window.