BMH Shanghai was a busy Military Hospital in China. It was in full operation when North China was invaded by Japanese troops in 1932 and 1937 and it cared for many casualties.

In September 1940, BMH Shanghai was evacuated during the Second World War. The Matron was Miss R Ruddock.

There are photos of BMH Shanghai and the staff in the book Sub Cruce Candida: A Celebration of One Hundred Years of Army Nursing

If you have any more information or photographs of BMH Shanghai that could be included on this page then please contact me.


The photo below comes from the collection of Sister Yvonne Ninnis and is of the staff at the British Military Hospital, Shanghai in 1939. The QA's from left to right as you view the photograph are Ethne Butterworth, Miss Ruddock, Helen Kilroe and Yvonne Ninnis.

Sister Ninnis trained at Aldershot before being posted to the Far East during World War Two and married an East Surrey officer in 1940 in the Cathedral in Shanghai. 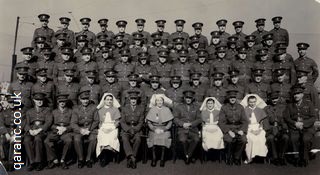