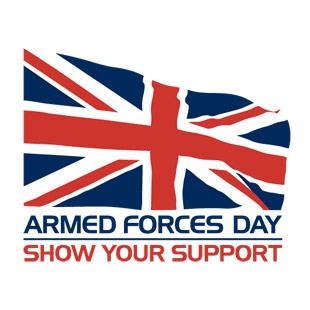 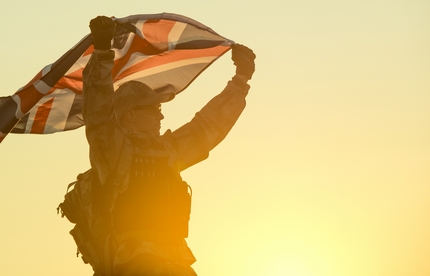 It was created so that the citizens of the UK could honour serving members and pay their respect to veterans who have served their country. It was initiated as a response to the 2008 report into the National Recognition of the Armed Forces after Royal Air Force airmen based in Peterborough felt unable to wear their uniform in public after abuse from members of the public about events in Iraq and Afghanistan.

Armed Forces Day 1 will be celebrated over the weekend of 25 to 27 June 2021 with the major national event at Scarborough, with other parades held locally. 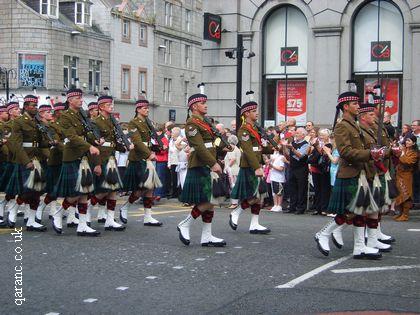 It was launched on the 22 January 2009 at Historic Dockyard Chatham by the Veterans Minister, Kevan Jones MP as a celebration of British Armed Forces past, present and future. 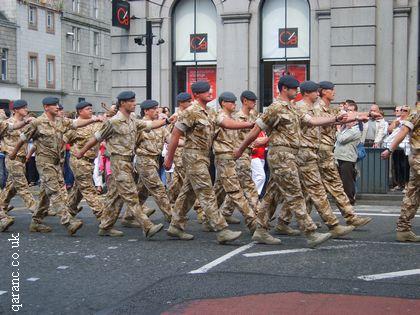 Throughout the UK communities celebrate both events in a variety of ways such as military displays, ceremonies, fetes or parades involving regulars reservists and Territorial members and of the Armed Forces of Army, Navy and RAF, Veterans and Cadet Forces. Many events have been organised by the Royal British Legion which includes the Veterans Day national event in Blackpool. Councils, ex Services organisations such as COBSEO: the Confederation of British Service and Ex-service Organisations, schools and communities will be holding their Armed Forces events. 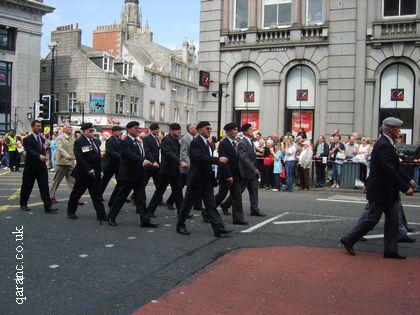 The strap line is Honouring Britain's Armed Forces, past, present and future.

More information about events held locally and nationally with photos can be found at the official website www.armedforcesday.org.uk which includes details of how you can organise an event for your own village, city or town in the UK. Other information includes how to apply for funding, 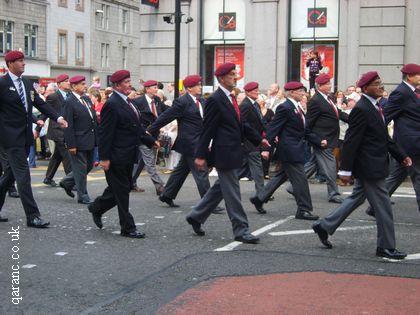 It is hoped that it will one day become as important a day in the calendar of UK families as Remembrance Sunday and become a thank you to past and present members of the Army Navy and Royal Air Force.

The Ministry of Defence recognised the importance of the day and allocated £400,000 towards the cost of the 2009 event. 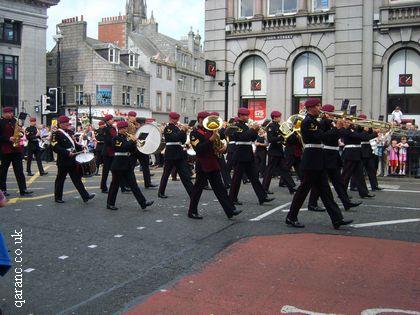 Past and present members of the Queen Alexandra's Royal Army Nursing Corps will take part in events throughout the UK. Such QARANC events will be described soon. If you hold such a QA event and want it listed here then please contact me.


Read more about COBSEO: the Confederation of British Service and Ex-service Organisations at www.cobseo.org.uk 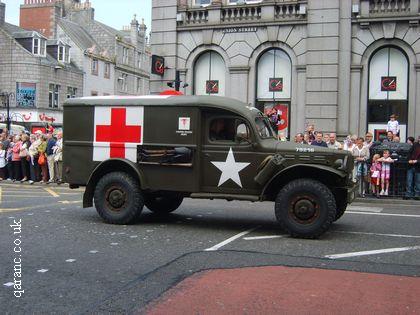 The photographs above and below were taken at Aberdeen Veterans Day Parade 2009 down Union Street. 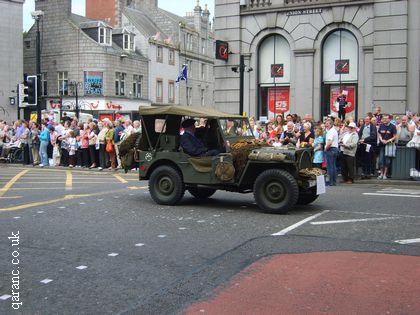 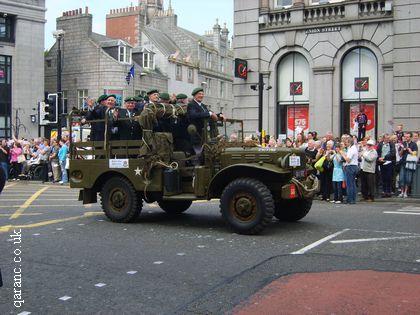 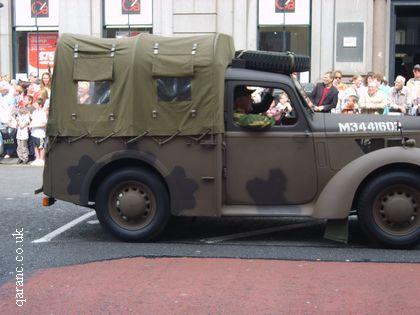 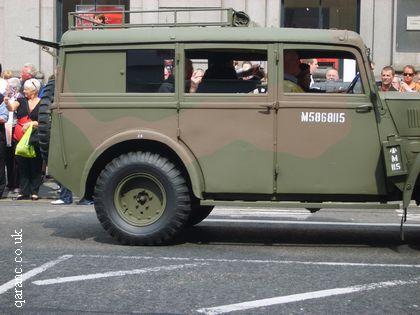 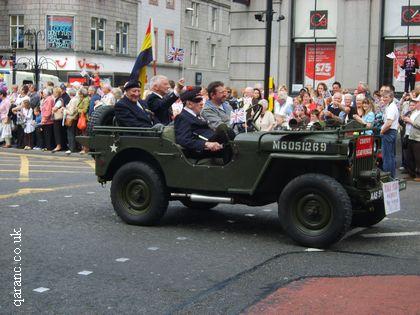 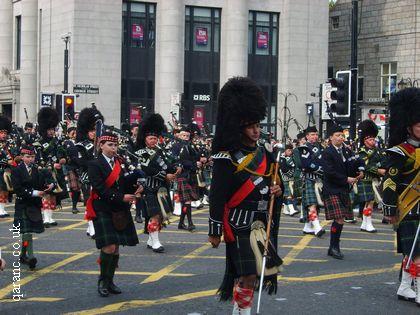 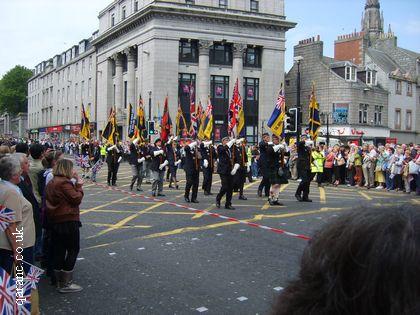 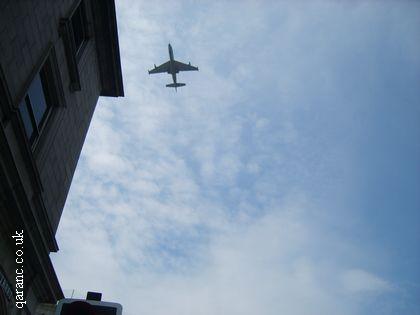 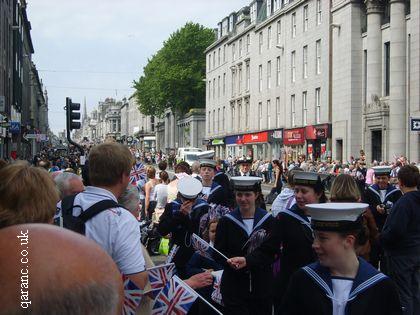 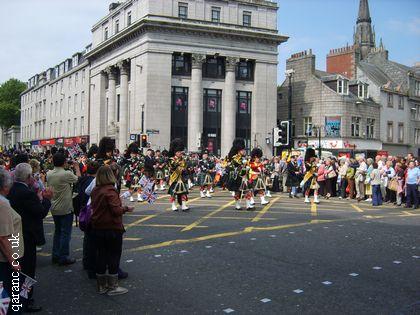 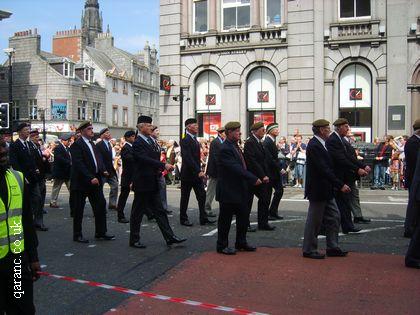