The codename for the UK forces in Iraq between 19 March 2003 and withdrawal of all our troops on 22 May 2011 was Operation Telic. As with the first Gulf War, members of the Queen Alexandra's Royal Army Nursing Corps nursed on the frontline. Here are their stories: 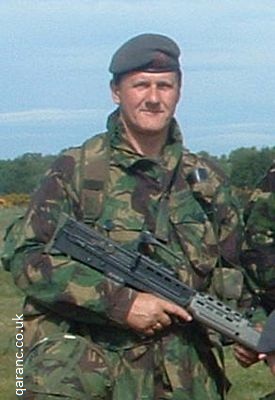 When QAs Major Alan Taberner and Captain Linda Marshall were deployed as part of Op Telic 4 ballroom and salsa dancing, love and marriage were the last thing on their minds. They met in April 2004 when they were both mobilised and deployed to work in the 200 strong Multi National Division (South East) Field Hospital (MND (SE) Fd Hosp) based in Shaibah near Basra with the lead Unit being 207 (Manchester) Field Hospital. This was augmented by other Territorial Army and Regular members of the Army Medical Services. This resulted in Linda being deploying from her 201 (Northern) Field Hospital to join the MND (SE) Fd Hosp. 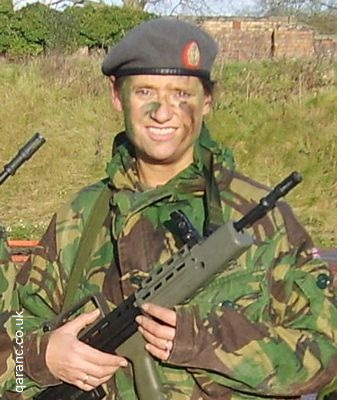 This large logistics base in the middle of the dessert 10K south of Basra city was an unlikely basis for a loving relationship but in the four months they worked together their friendship blossomed into love.

Major Taberner was in command of the Field Mental Health Team which saw him move to different locations in Southern Basra to support the troops where ever they were based. Captain Marshall served as a surgical ward nurse within the field hospital and during her tour was based in the Medical Centre in Baghdad for a week.

The heat, stress, challenging conditions , hard work and mutual hobby of dancing saw their friendship grow and they were married locally at home in a military wedding ceremony on Saturday 30 June 2007 at Haigh Hall, Wigan. It included comrades from 207 (Manchester) Field Hospital and an Honour Guard of six fellow officers who all served in Iraq. They formed an arch of swords for the happy couple to walk through. There was also a contribution via an excellent drum display by the Lancashire Fusiliers Association Corps of Drums which helped them to commemorate the occasion. 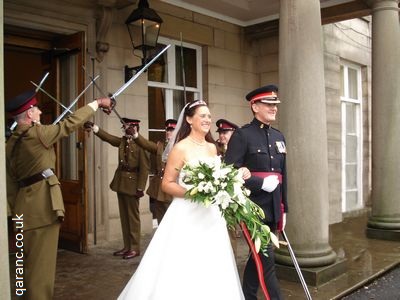 Alan explains how they met:

It is amazing the resilience of people in draining conditions and how we were still able to occupy ourselves. Being a ballroom dancer in my other life, I set up weekly 'combat salsa' lessons in a portacabin called the HAREM (hospital all ranks entertainment mess) that was very well attended - something to do in down time, and it helped our fitness. I must have an identity crisis struggling between macho - soldiering and dancing, you be the judge. It was interesting to see the many soldiers, officers and civilian support staff in attendance proving that even the military can dance. I am not a dance teacher but knew a few steps and generally flew by the 'seat of my pants'. Linda and I met via these dance lessons. On learning that I danced ballroom in competition back home, some of the attendees wanted to learn more and so I taught them basic waltz steps later in the tour. Linda and I became friends and it all started from there. The relationship only took off when we got back and Linda later moved over to the North West.

On returning from Iraq romance blossomed and we both decided that our future was to be together, which resulted in Linda moving to Wigan and transferring from her Unit in the North East (Sunderland) to '207'. We are still both committed members of the TA and two and half years after we first met I proposed to Linda at her 50th birthday party.

He asked me three times before I answered because I was just in shock! We do lead an exciting life and that's what I love. We love doing competition ballroom dancing and Latin American dancing. I am also planning to ride a motorbike and Alan has got me a 600 Suzuki - I am going to be a lady biker! 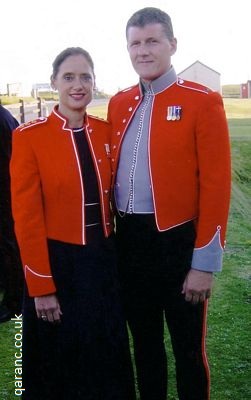 Lots of positive came out of Op Telic 4 for us both, that included unique operational experience, life reflection and our relationship, and we hope that you enjoyed reading a part of our story!

At home in Standish Alan is now a local Community Mental Health Nurse and Linda is a Health Visitor for Ashton, Leigh and Wigan PCT, and both are still active members of the QARANC where both serve as Territorial Army officers in 207 (Manchester) Field Hospital (Volunteers), based at its headquarters in Stretford. . They are taking part in competition Ballroom and Latin dancing which sees them competing around Britain, most recently in London - all from bizarre first steps in Iraq.