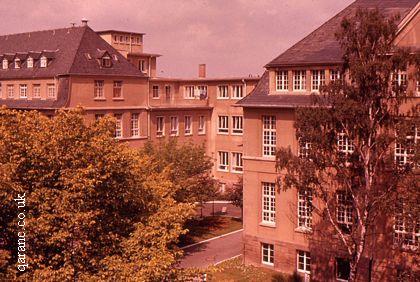 The following photographs of BMH Hostert and the history of British Military Hospital Hostert have been kindly provided by Phil Basford (Maj Retd RAMC):

It was a lovely building. The walls inside seemed as if they were all marble, or some such undecorated stone. Sadly, today, it is all fenced off awaiting sale 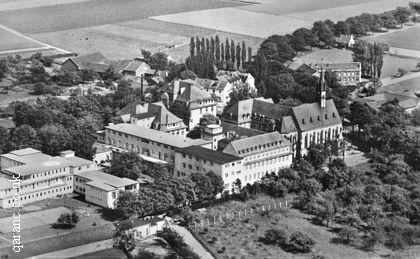 British Military Hospital Hostert was previously a Franciscan monastery, hence the lovely Catholic church in the photo below. Though fenced off this gave views to three sides of the hospital and the congregation was made up of locals, staff and patients. 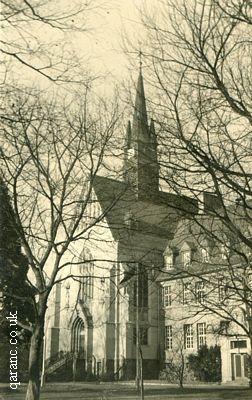 During the Second World War Hostert in Germany was used by the Nazi regime. Some sources cite this as being used for euthanasia. 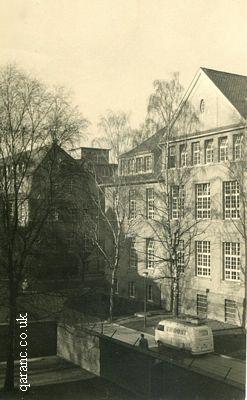 BMH Hostert was opened in 1954 and served the BAOR (British Army of the Rhine) HQ community of Joint Head Quarters Northern Army Group 2nd Allied Tactical Air Force along with RAF Wegberg. It had a mixture of one or two person rooms and bays of six and twelve. Each had their own wash basins, lockers, call bell system and access to rediffusion radio service, which was new to army hospital wards of that era. 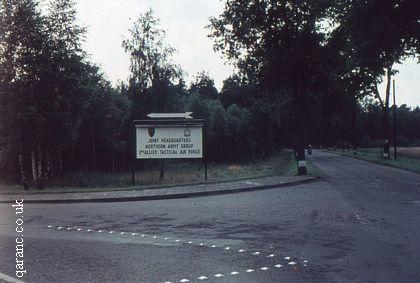 In his autobiography Who On Earth Is Tom Baker?

the actor most famous for playing the role of the fourth doctor in Dr Who talks about his time as a hospital orderly of the Royal Army Medical Corps at BMH Hostert. Tom Baker reminisces about looking after army officers in their private rooms under the supervise of Sister McHale. The stories are far too rude but equally funny to publish here!


BMH Hostert was not open long after WWII and it became The Kent School in 1963. This was a mixed secondary school for the BFES (British Forces Education Service). Pupil numbers ranged from a few hundred to 1600 max in the 70s/80s. Boarders came from Berlin, SHAPE, Ramstein, Antwerp and other nearer postings. On the defunct top floor were the old nurses' quarters with Q. badges and graffiti from staff! In 1987 it became part of Windsor School. 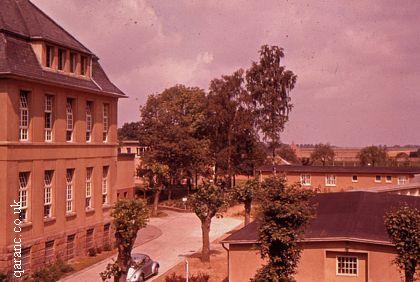 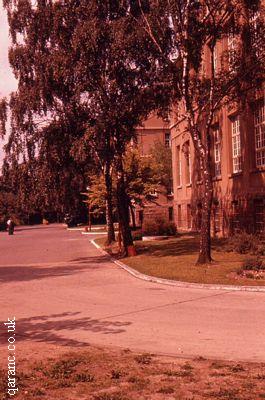 More from Phil's collection can be viewed on the Photos of Nurses and Hospital Patients at Christmas page.

The following photos have been kindly provided by Albert Giles who was stationed at BMH Hostert from 1958 to 1960. This first photograph is of Albert, D. jay and Sister Coleman and he thinks it was taken on Surgical 1 ward. 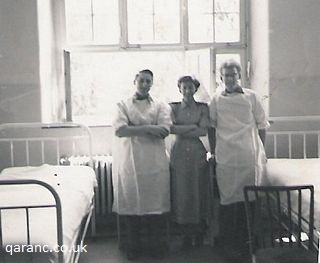 Here are two nurses from BMH Hostert – unfortunately Albert cannot remember who they are. 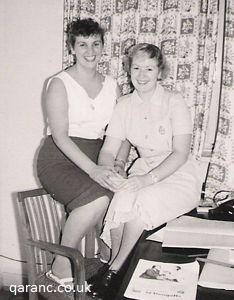 The Soldier Magazine of March 1954 featured the new equipment of recently renovated Hostert which included an iron lung with dome breather, nine in one operating theatre light that did not produce heat like the older lamps, pedal operated hand washing and spirit dispensing taps, foot recessed baths which helped the nurses gain access to help patients, heated food wagons for hot meals fresh from the kitchen.

It described the newly built maternity wing with two labour wards and one and two bed suites. There was a prenatal hostel at Dulken, five miles away. This was also used by relatives of those seriously ill under the DILFOR scheme.

The article described patients coming from West of the Rhine and from nearby Antwerp with future patients from the soon to be moved Headquarters of Northern Army Group to Moenchen-Gladbach.


The photo below was taken by reader Richard Dulake during a visit to the site of BMH Hostert in May 2012. 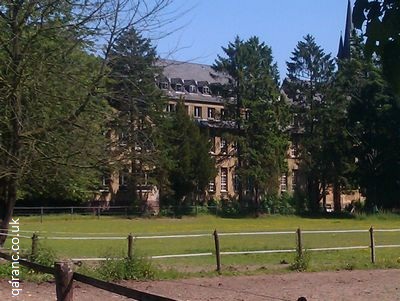 Richard wanted to visit the British Military Hospital where he was born. He stayed in Munchengladbach where BMH Hostert was a 1 minute drive away. It was fenced off waiting to be sold so he could not get close to the building. Hostert is a very small place and would be described in the UK as a hamlet. Richard stayed in the hotel below:


I was so happy to find this site of the Hostert Hospital which I believe I was born in back in 1958. Both me and my brother were born in this hospital and it was so exciting to find photographs of it on-line. I really thought this place didn't exist anymore after trying to explain to people I have met from Germany, the name Hostert doesn't seem to register with them?? My father was in the RAOC, he was based in Brussels at the time. My mother had to go across the border to give birth to me as this was the nearest British military hospital.

My father also served in Kowloon, Hong Kong and Famagusta, Cyprus. He is now deceased but we had so many happy memories of living in such far-away places during his time in the Army. I am writing this as a tribute to my father who was very proud to serve with the RAOC for 15 years. Edwina Wilson (nee Stockley)


My daughter was born there in November 1961. My late husband was serving in the RAF at Geilenkirken. We were living in Schausberg Netherlands. I was expecting to give birth at the hospital in Wildenrath. We arrived at the hospital having travelled over cobbled roads for over an hour only to be told that the ward was closed with dysentry. We were told to go on the hospital at Hostert. Contractions were about 3 minutes apart by this time, but we made it safely to BMH Hostert. I was very impressed by the Queen Alexander nursing staff and their beautiful starched Hats and enjoyed my stay there. Happy and exciting days.
Rita Bottomley


A reader who was born in the BMH Hostert near Monchengladbach is trying to learn the name of the barracks his father was stationed at. He was in the RAOC. If you can help then please contact me. One reader has suggested that it is Ayrshire barracks. Another reader kindly provided that the nearest large RAOC was in Viersen, just outside MG.