Where to buy a military teddy bear such as the QARANC teddy bears or those of other Corps and Regiments with a cute beret and army uniform:

A military teddy bear makes a lovely present for the family of a serving soldier or as a cute gift for someone who has served or is serving in the army. 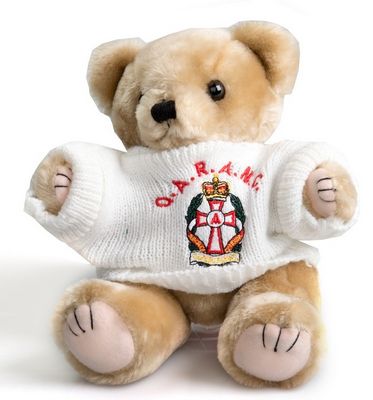 This cute QARANC Benjie Bear wearing a jumper with the cap badge can be purchased from The Museum of Military Medicine.


There is also this Royal Army Medical Corps teddy bear with the RAMC cap badge and In Arduis Fidelis crest which is also available from the Museum of Military Medicine. 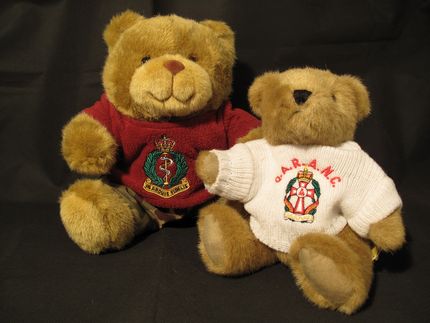 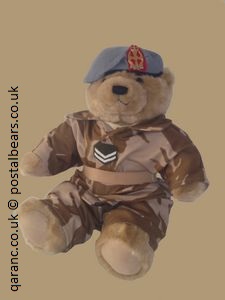 Sadly this stockist no longer makes the QARANC Teddy Bear in the photo above and we are trying to find another supplier.

If you sell army teddy bears dressed in either DPM, MCP or Desert kit and sell a QARANC teddy Bear then please contact me for a free listing.


Do also try the Ebay QARANC pages where some private sellers and shops have such QA items or similar army bear for sale.


If you sell a military teddy bear or QARANC teddy bear and have a shop or online store and would like it listed here for free then please contact me with information, your website and a picture.