This is the stunning QARANC paving stone at the new Heroes Square garden which will be between the Cafe and Visitors centre and the Millennium Chapel at the National Memorial Arboretum. It leads to the Armed Forces Memorial, the trees and dedicated memorials that form the Arboretum. 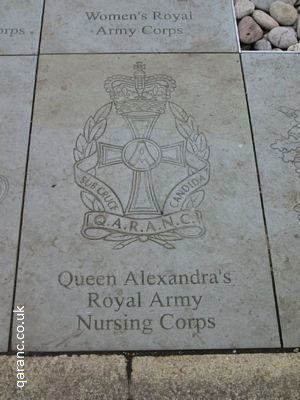 The beautiful paving stones are made from Yorkshire Scoutmoor due to its hard wearing abilities and also for its unique visual appeal.

Each British Army Corps and Regiment, Royal Naval Fleet and Royal Air Force cap badge, crest or cypher will be represented by an engraved stone slab. Their positions will be determined by the British Army Order of Precedence. 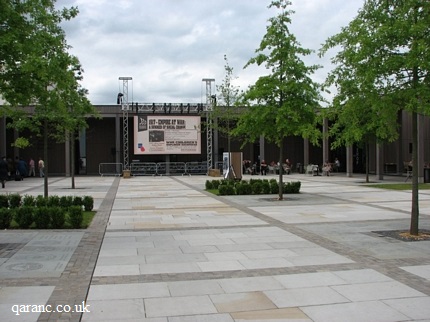 With thanks to Ailsa Whalley of Leicester for the above photographs. Her mother served in the QAIMNS during World War Two. Read more on the QA Sister Constance Nash page which includes a photo of her blue plaque in the Queen Alexandra's Royal Army Nursing Corps and Queen Alexandra's Imperial Military Nursing Service Garden at the National Memorial Arboretum. 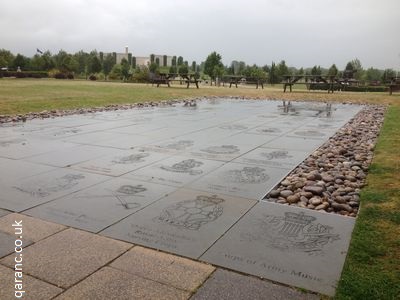 
The NMA Nursing Memorial honours those who gave their lives in service.