Slang nicknames for members of the The Queen Alexandra's Royal Army Nursing Corps: 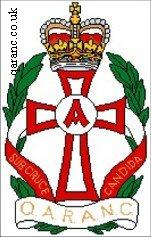 Like most army corps the QA’s have nicknames that are commonly used by other members of the forces. They are mostly harmless humour based and are included on this page for information and a bit of fun.


The most common nickname for QARANC nurses is the Grey Mafia because of the grey nursing uniform and grey beret. The mafia bit of the nickname comes from patients having to do as they are told by nurses!


Male nurses are called Handbags. There are a couple of theories for this. Some think it is because of the female QAs historic uniform issue of a black handbag others say it dates back to World War One when medics of the Royal Army Medical Corps carried a shoulder satchel of first aid kit. Some soldiers saw their role as feminine and called this vital bag a handbag.


From the days when Health Care Assistants were known as Ward Stewardess and did more domestic duties they were called Trolley Dollies. The sight of many a Ward Stewardess pushing a trolley was a common sight in any British Military Hospital.

Quick And Ready And Never Caught


A less flattering nickname for the QARANC was Quick And Ready And Never Caught. I'll leave the explanation for that QA nickname to your imagination!


Quiet And Refined And Never Crude


An affectionate nickname for QA officers during World War One was Red Capes because of the short scarlet capes worn by QAIMNS nursing sisters. Julie Piggott traces this nickname for army nurses back to the South African War (cited in the book Queen Alexandra's Royal Army Nursing Corps (Famous Regts. S)


Quid A Roll And No Change

A rather naughty nickname for the QAs is Quid A Roll And No Change!

If you know of any other nicknames for QARANC nurses or the QAIMNS and RAMC then please contact me so they can be included on this page. Thank you!

In various correspondence Qaranc.co.uk have noted many people wrongly write the word Quaranc and some references have also used the word Quaranc to describe the QAs. We are not sure why this spelling derivation has originated and if you can help with any information then please contact us.

One explanation about the use of QUARANC we have been grateful to receive is that it might be that as words starting with the letter Q in the English language are spelled with the initial two letters being QU, this usage for words has slipped over into the realm of abbreviations which often as not are pronounced as words.

The Voluntary Aid Detachment worked alongside the QAs in hospitals in Britain during World War One and as the war progressed VAD nurses were employed overseas. Their work was invaluable and well recognised by the Tommy soldier - so much so that they awarded the VADS with their own nicknames. Here are some VAD nicknames:

The Royal Army Medical Corps (RAMC) also has some nicknames. These include:

Rob All My Comrades


Another nickname for the RAMC was a reverse of the name, CMAR, which translated as Can't Manager A Rifle!