In the early years of BMH Malta QAs had to help improve the sanitation of the environment. This helped to overcome many diseases including the rife Malta Fever which was traced back to a fever bacillus in goats milk. The incidence of Malta Fever ceased once soldiers were educated and banned from buying goats milk (cited in the book Queen Alexandra's Royal Army Nursing Corps (Famous Regts. S)

During World War One the wounded from the Gallipoli campaign of 1915 were transferred to Malta.

Denis A. Darmanin has published an article in the Malta Times about the military hospitals built during the Great War. This includes tented hospitals, those converted from existing buildings an those especially build by Royal Engineers, Maltese soldiers and even the RAMC. These Malta military hospitals of World War One were needed to care for servicemen wounded during the campaign in the Dardanelles, mainly in the Gallipoli and Salonika theatres.

Denis has added a photo of a plaque which has the Queen Alexandra's Imperial Military Nursing Service Reserve (QAIMNS{R}) badge. For more information visit
www.timesofmalta.com/life/view/20100504/news/a-forgotten-memorial 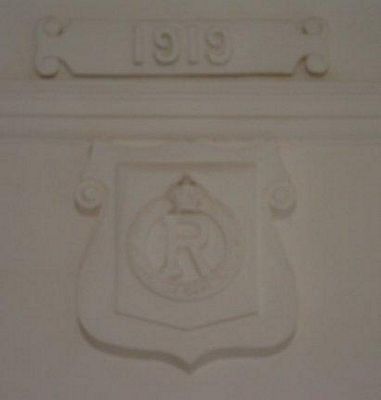 Denis was kind enough to send a photo of a QAIMNS(R) plaque, taken through protective glass pane, at the former Officers Mess at St. David's Barracks, Mtarfa (pronounced Imtarfa), in Malta. It is very near to the former Sir David Bruce Hospital, Isolation Hospital and the Nurses Quarters.

has photos of BMH Malta which includes group photos of the QAIMNS sisters, exterior shots of the building and some patients. There are also photographs of the Queen’s birthday parade at BMH Malta in the early 1950s.

During the Second World War Malta was heavy bombed by the Germans in the years 1940,1941 and 1942 in attempt to take control of the island. During the period from 1 January to the 24 July 1942 there was only one 24 hour period when no bombs from German or Italian planes fell (cited in the book Sisters In Arms: British Army Nurses Tell Their Story

). Their main targets were the airfield and the naval base and the Maltese people became quite used to seeing the Spitfires flying off to defend their island against the enemy Messerschmitts and Junker planes. BMH Malta was located on a hill that overlooked the dockyard and the QAs at BMH Malta became used to the air battles. Prior to the arrival of a squadron of Spitfires Malta was defended by just four Sea Gladiator biplane aircraft flown by RAF pilots.

No supplies could get through and for months the citizens were near to starvation. This affected hospital supplies and surgeons in Malta had to perform operations without gloves. The siege of Malta was over on the 3 November 1942and the island of Malta was awarded the George Cross for its national bravery by King George VI. By 1943 the Allies gained control of the area and QAs arrived in Malta aboard Hospital Ships. Wounded servicemen were taken to Egypt to be nursed back to health (cited in the book Women Who Went to War


A letter from a Matron to the Matron In Chief can be read in Grey and Scarlet : letters from the war areas by army sisters on active service

where she writes of her journey to Malta on the Nevasa along with other QAs who were posted to the Military Hospital at Imtarfa and the Military Families Hospital. She writes of the early days of peace in Malta prior to WWII. Then she describes the taking over of Imtarfa Barracks after the naval hospital in Beghi closed so that it could be converted into a larger hospital to take military, naval, RAF and dockyard patients.

There is a reference in Grey and Scarlet : letters from the war areas by army sisters on active service

to the original Military Hospital and the Barrack Hospital combining in September 1939 to form the General Hospital. She continues by discussing the operating theatres, bombardments, the type of casualties including those from the Illustrious, re-inforcements of RAMC arriving, the opening of 39th General Hospital and its bombing, and the construction of the rock shelter by the sappers of the RE.


Imtarfa Military Hospital adapted its role to meet the medical and nursing needs of under seiged Malta. For example nurses became Casualty Clearing Station (CCS) staff and nursed in the battlefield where they would treat wounded pilots and soldiers.

The Matron of the 1200 bed Imtarfa Military Hospital was Maud Buckingham who drew on her experience from the First World War. Matron Buckingham wrote letters to the QAIMNS Matron in Chief, Dame Katherine Jones, during the Second World War. Extracts are cited in the book Sisters In Arms: British Army Nurses Tell Their Story

Matron Maud Buckingham remained in post well after the siege of Malta ended and did not leave the Island until July 1943. She had served three years in Malta. During this time she wrote personally to each bereaved family and received many letters of thanks back from mothers for her letter of condolence. Examples of these are cited in the book Sisters In Arms: British Army Nurses Tell Their Story

by Eric Taylor) describes a typical midday meal as hard cheese, dates, army biscuits and a mug of tea. She also describes going to an American dance because the food was better and dancing with a sweaty officer from whom she declined a second dance despite him being an excellent dancer because he left sweat marks on her white dress. This turned out to be Lieutenant Clark Gable and she never forgot turning down the handsome film star of Gone With The Wind! Lt Clark Gable was a member of the US Army Air Corps flying in the Flying Fortress planes.


Malta suffered from an earth tremor and then a tidal wave on the 28 December 1908. The coastal town of Messina in Sicily had been destroyed by an earthquake. The King of Italy sought help from Britain and a Field Ambulance section of RAMC (Royal Army Medical Corps) with two members of the QAIMNS (Queen Alexandra's Imperial Military Nursing Service) and a Stationary Hospital were transported to Messina in Sicily by the Royal Navy. They took with them ten days supplies and rations.

Once in Sicily the RAMC and the QA Sisters cared for survivors of the Messina Sicily Earthquake 1908 on board HMS Minerva and HMS Duncan which were set up as dressing stations. The Stationary Hospital was set up in nearby Catona in what was a market place on the 2 January 1909. The QAs worked with two volunteer nurses from Malta until the 15 January 1909 when all four nurses returned to Malta. There is more written about the Messina Sicily Earthquake 1908 in the book Queen Alexandra's Royal Army Nursing Corps (Famous Regts. S)

In his book A Few Deeds Short of a Hero

Robert Widders writes about his time at the fort HMS St Angelo in Malta prior to boarding HMS Grenville and his discovery of the local beer, Hop Leaf, and the bars of the Gut alley in Valetta.

QARANC.co.uk would love to expand this page about BMHMalta with more details about this former army hospital and include a photograph. If you are a former or serving member of the Queen Alexandra's Royal Army Nursing Corps we would love your help.

Retired RAMC GP Colonel Walter Bonnici runs the website www.maltaramc.com which goes into more detail about the British Army Medical Services in Malta including information about the RAMC and QA staff who served there, the hospitals and the diseases and epidemics they encountered. It is full of some rare photos of the buildings and staff.