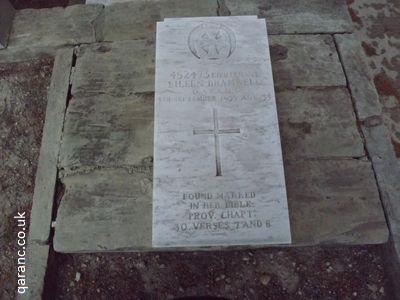 The photo above is the gravestone of Nursing Sister Bramwell which reads:

Her name is inscribed on the Armed Forces Memorial and QAs Roll of Honour.