The photos of Army Recruitment Posters below are British army posters used throughout the 1960s and 1970s to recruit new nurses to the QARANC (Queen Alexandra's Royal Army Nursing Corps). The recruitment brochure was sent to potential QAs as well as being available at Army Careers Information Offices throughout the UK. Some of the images appeared on army posters and army recruitment posters. To highlight the potential for worldwide travel for nurses in the British Army the pictures in the posters were taken in various locations such as Singapore, the Depot in Aldershot and the dental school in Chelsea. In those decades before Options For Change a dental nurse would be cap badged as a QA. If you recognise any of the QAs and RAMC staff or would like to send in examples of army recruitment posters, military posters of other Nations or British army posters then please contact www.qaranc.co.uk. 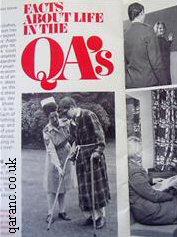 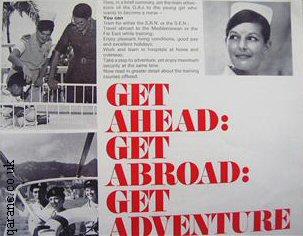 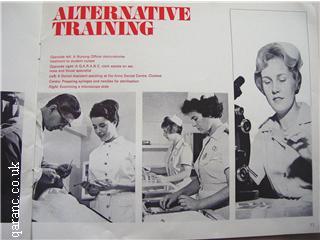 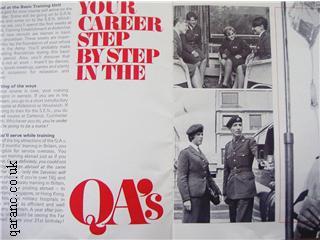 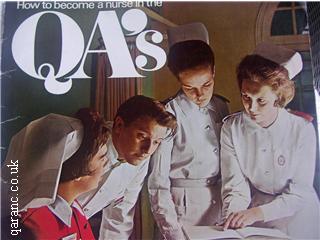 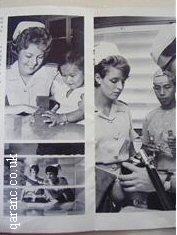 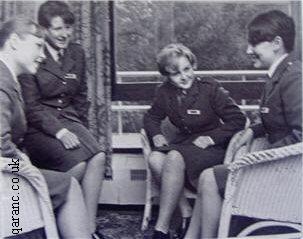 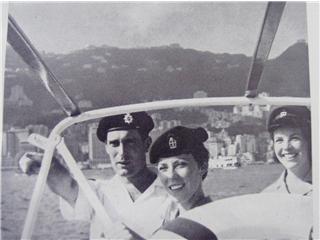 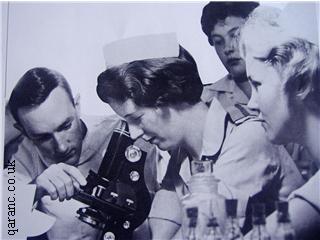 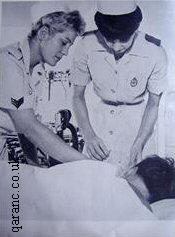 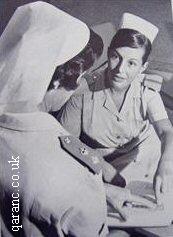 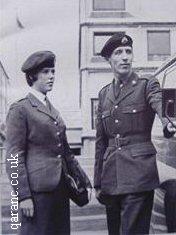 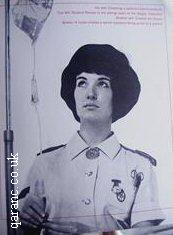 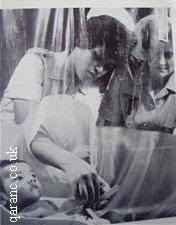 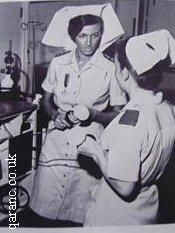 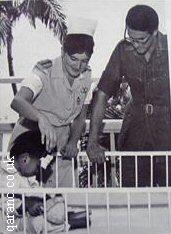 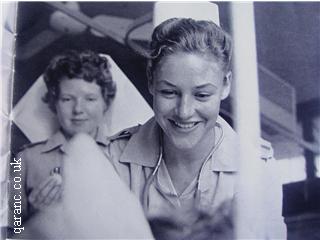 Qaranc.co.uk would like to thank former QA Angela for sending in the above examples of Army Recruiting Posters.

The photo below was taken in 1972 at BMH Hannover as part of a recruitment campaign. It was used again in 1974. It shows Elizabeth (Beth) Gelhard nee Charman dancing with Alex Forest who was in the Pay Corps (with thanks to Elizabeth Gelhard). 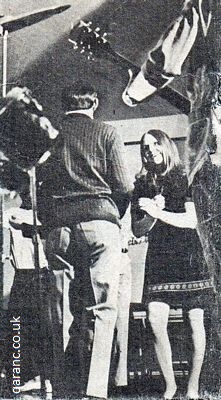 cites an example of a 1981 Ministry of Defence Recruitment Pamphlet (HMSO) which read:

You will work in up to date hospitals with modern equipment nursing service women as well as soldiers, their wives and children, and civilians. Your career in the QAs will normally bring a fresh posting every two years, perhaps to Hong Kong, Nepal, West Germany, Northern Ireland…wherever you go, you may have the opportunity to use any specialist qualifications you may possess, and plenty of time to be a good nurse. And except in the rare emergency you will never find yourself with too many patients. Off duty: Comfortable accommodation is provided for everybody…you are well looked after in the modern army. You can join in with other serving men and women in dramatic and folk singing clubs. Your social life – in effect – can be as active and varied as you like.