The Colonel Commandant of the QA's will normally attend the Carol Service and the event is open to serving and retired members of the QARANC, their family and friends. 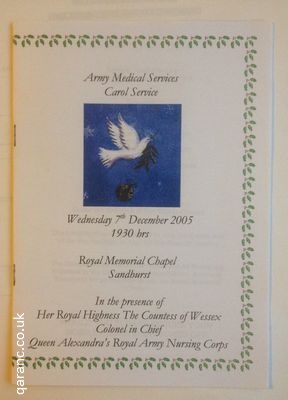 
A local choir will lead the singing and for the past few years this has been the choir from Rookwood School in Andover, Hampshire.

Serving members of the QARANC read the lessons.

The Regimental Secretary of the QARANC at RHQ, HQ AMS, Slim Road, Camberley, Surrey, GU15 4NP will organise the event and take bookings.