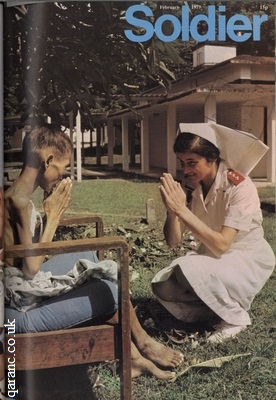 BMH Nepal in Dharan was opened in 1960 to care for the Ghurkhas and their families (cited in the book Queen Alexandra's Royal Army Nursing Corps (Famous Regts. S)

At the time of opening the Matron of BMH Nepal was Major Ballesty.

has photos of the staff at BMH Dharan which includes the children's ward. There is also a photograph of the QARANC and RAMC team that was sent from BMH Hong Kong to Nepal in August 1988 as part of Operation Nightingale to provide disaster relief after an earthquake.

The Scalpel and the Khukri

The Scalpel and the Kukri: A Surgeon and His Family's Adventures Among the Gurkhas

is written by Major Peter Pitt who was an army surgeon at British Military Hospital Nepal from 1966 to 1968. In The Scalpel and the Kukri: A Surgeon and His Family's Adventures Among the Gurkhas Peter Pitt writes about his experiences at the BMH in Dharan in East Nepal where he treated Gurkha soldiers, the Nepalese people and British military personnel and their families. He encountered diseases and conditions such as rabies, cholera, snake bites, tiger attacks and tuberculosis, Buy Now!

Peter Pitt also wrote the book Surgeon in Nepal which was published in 1980. It is still available from private sellers at Amazon. More Information.

Some fine paintings of BMH Dharan were displayed in the Officers' Mess of The Duchess of Kent Military Hospital at Catterick Camp. When the Officers Mess closed when the DKMH closed in 1999 the paintings were given to the QARANC Museum. 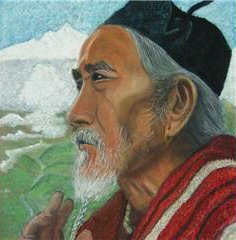 To the left is a pastel painting of a Ghurkha pensioner on his way home after treatment at the hospital. It was painted by Mr John Carr and displayed on Qaranc.co.uk with kind permission. 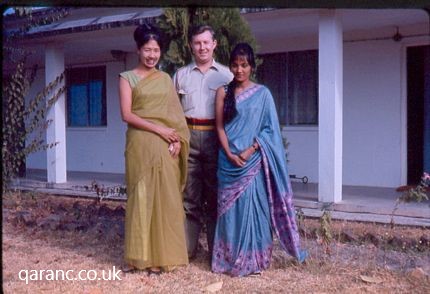 These wonderful photos are from the collection of Major Jack Thompson, Royal Army Medical Corps, and have been kindly provided by his son Paul who recalls:

My dad was posted for 18 months in Dharan from about late 1968 or early 1969. I was born in 1965 so was about 5-6 yrs. old at the time. I am not exactly sure of our arrival date but we were definitely there in Jan 1969 for my birthday. He was Major Jack Thompson, an anaesthetist, and unfortunately no longer with us so I cannot get more info. We went from Nepal to a posting in Hong Kong and back to England in 1971 to Catterick. We emigrated to Canada September 1973 and my dad took up private practice.

(The lady in the blue above is Punima Quirk.) 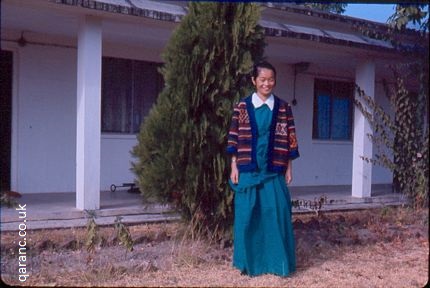 I had a great time in Nepal and Hong Kong… what an experience for a kid! Chasing butterflies and lizards, I even set fire to the banana tree! (prompted by my older brother). The gardener Marley calmly put the fire out with the hose, scolded us in Nepalese and then gave us each an ear twist so hard he almost lifted me on my tiptoes. Dad never found out but we told him the story when we were adults years later and we all had a good laugh. 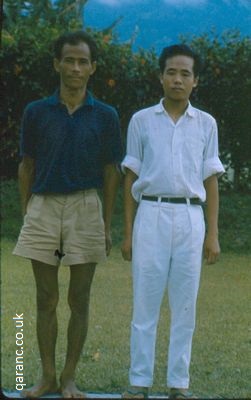 Marley the gardener is on the left with Narahang, the cook, on the right. 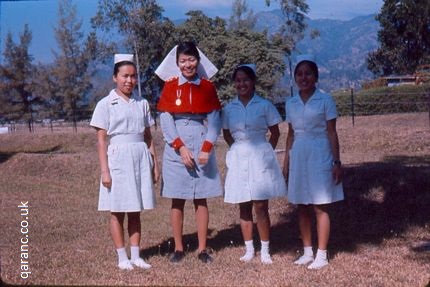 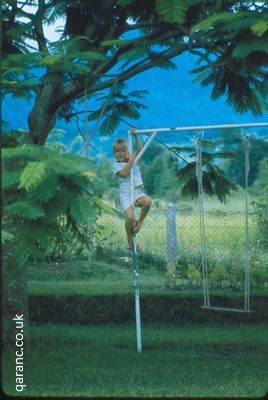 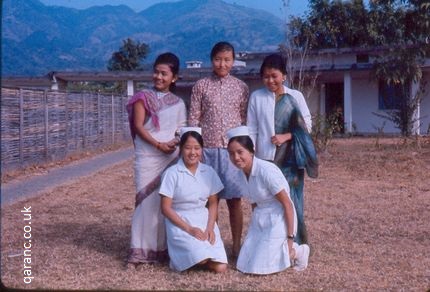 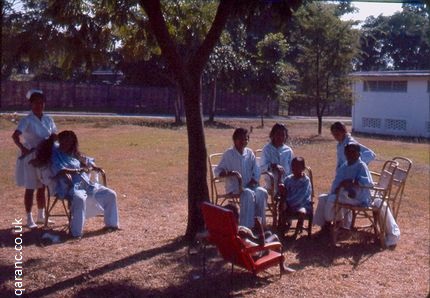 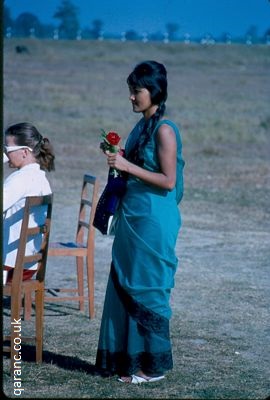 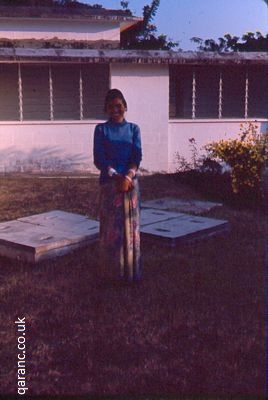 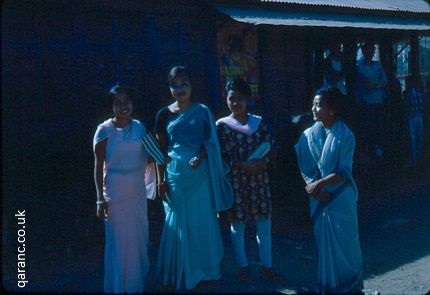 QARANC.co.uk would love to expand this page with more details about this former army hospital and include a photograph. If you are a former or serving member of the Queen Alexandra's Royal Army Nursing Corps we would love your help.


A Historian is currently researching smallpox in Nepal and is keen to hear from anyone who was in the Dharan area in the 1960s and has recollections and experiences of smallpox. If you can help please contact me.