The Queen Alexandra's Royal Army Nursing Corps Tactical Recognition Flash Badge is worn on the right arm of combat uniform. The TRF coloured patch allows other soldiers to quickly recognise Corps and Regiments when berets and cap badges are not worn, for example when helmets are donned. 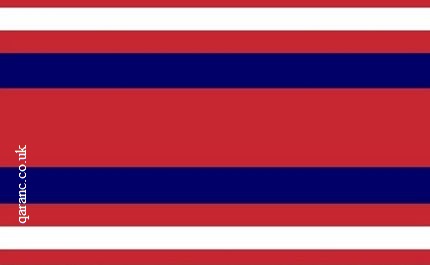 The QARANC TRF has a black border and the Corps colours of white, scarlet and blue.


The approval of the design of the QARANC Tactical Recognition Flash, based on stable belt colours, was made by the Army Dress Committee on the 20th July 2006. At the same time, new TRFs were also approved for the RAMC and RADC too.