Information about the Ministry of Defence Hospital Unit Portsmouth:


MDHU Portsmouth (MDHU PM) opened in 2005 and is part of the local National health Service (NHS) hospital Queen Alexandra’s Hospital (QA Hospital) in Cosham, Portsmouth. Many of the staff transferred upon the closure of Royal Hospital Haslar in nearby Gosport.

Though this region is traditionally a Navy area there is a high proportion of army nurses, health care assistants, doctors, etc as well as Royal Air Force (RAF) medical and nursing staff. An appropriately named hospital for members of the Queen Alexandra's Royal Army Nursing Corps (QARANC).

Though this hospital was originally a military hospital dating back to 1904 and then a Ministry of Pensions hospital from 1926 caring for ex-servicemen it was handed over to the NHS in 1951 and over the years has been rebuilt and developed. 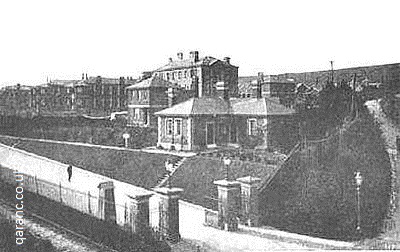 This photo of QA Cosham Military Hospital has kindly been provided by Mike Booker whose grandfather was here after the Great War.

Mikes's Grandfather was a patient in QA Cosham after 1920 and here is a photo of a ward with patients and nursing staff: 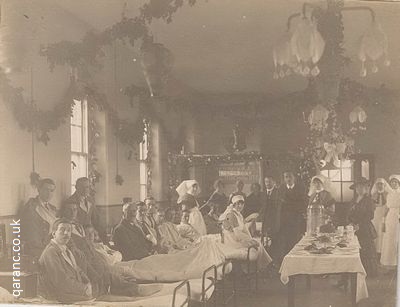 The modern Headquarters for the Ministry of Defence Hospital Unit Portsmouth can be found a short walk away from the main hospital at Albert House.


A new MDHUPortsmouth and QA Hospital is currently being built and building work should be completed between the year 2008 - 2010.


If you have any information or a photograph of the MDHU Portsmouth for this page then please contact me.