After the raging battles of Normandy, the 77th British General Hospital was transferred to Chateau Lille, to the amazing discovery that the cellar was full of Champagne! Matron prescribed a glass a day to all patients. 'The morale improved significantly' said QA Phyllis. She is wearing the anti-vermin battledress, the first time that QA nurses wore trousers! 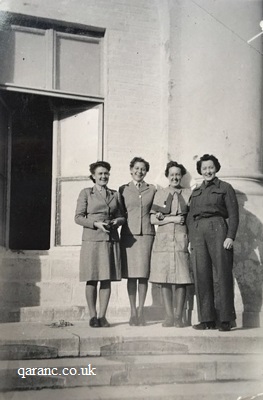 Her daughter, Kate JasonSmith, tells her story in a solo show at the Edinburgh Fringe Festival, I'll Tell You This for Nothing - My Mother the War Hero during August 2019.