The King George Military Hospital opened in October 1915. At the height of the Great War, in October 1917, it was said to be the largest military hospital in Britain with 1900 beds (cited in Medical Services in the First World War

This is demonstrated in the three photos below which was one long photograph (my scanner was not large enough for it!) showing the Nursing Staff of the King George Military Hospital Stamford Street London in January 1917. It is from the collection of QA Helen Lucy Gibbs. Another of her photos can be seen on the Stanford Road War Hospital page. It includes her aunt, who was also a member of the QAIMNS. 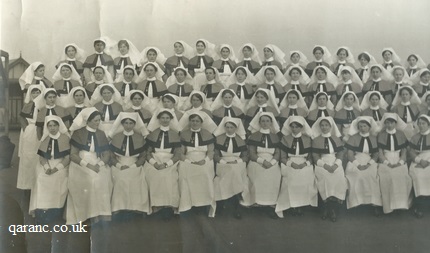 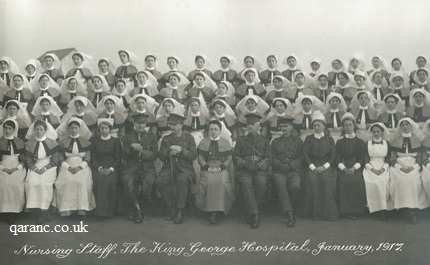 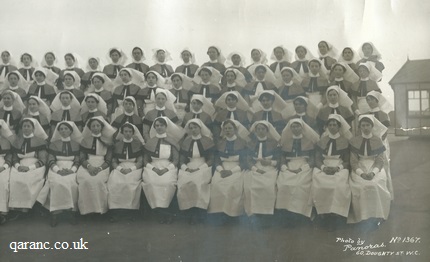 On the lower right is written:

It was on Stamford Street in London and was a newly built HM Stationery Office and Stores.