Information about International Nurses Day with this year's events and a history and the origin of nurses week: 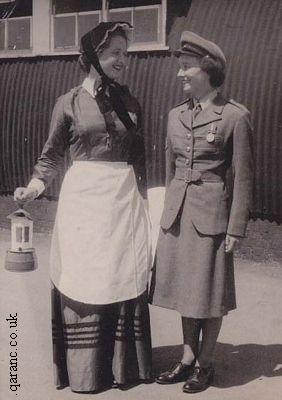 Each year, on the 12th of May, nurses celebrate nursing and raise the profile of their work in a variety of ways and events. Few can say they are untouched by the hard work and dedication of nurses in the UK and throughout the world and International Nurses Day is an opportunity to learn about the work of nurses and their workplaces. Many hospitals, day centres, wards, etc hold open days, coffee mornings, fund raising events and use the day for health care promotions and to raise the profile of the profession.

It is also a day for nurses worldwide to celebrate their profession and unite to take pride in their jobs and show the world the importance of their work.


The reason that Nurses Day is held on the 12th May each year is because this is the birth date of Florence Nightingale. She made many reforms to nursing and health care and drastically cut the death rate amongst soldiers in the Crimean War as a result of her hard work, dedication and training of fellow nurses.

Each year, on the day that would have been her birthday, there is a service at Westminster Abbey, London to commemorate her life and celebrate the nursing profession. A lamp is taken from the Nurses' Chapel at the Abbey and handed from one nurse to the next nurse during the service. The last person the lamp is handed to is the Dean who then places the symbolic lamp onto the High Altar. This ceremony is done to signify the passing of knowledge from one nurse to another, much like Florence Nightingale did when she set up her Schools of Nursing. It also signifies her nickname The Lady of the Lamp.

Florence Nightingale was buried at St Margaret's Church, East Wellow, Hampshire and there is a service of remembrance on her birthdate as well as the Sunday after the anniversary of her birthday. A nursing student carries a candle to the alter at the beginning of this service. The first QARANC student nurse to have been the candle bearer was Private Jeremy Done in 2012.


The International Council For Nurses (ICN) in America started the event in 1965, though it was not officially recognised by the US Government until 1974.

In 1999 nurses and public sector employees union UNISON mounted a campaign to change the date and remove the historical importance of Florence Nightingale from Nurses Week because they felt that she no longer reflected modern day nursing because of her class and social background. They thought that she was not in keeping with the multi-cultural nature of modern nursing. Unison suggested the day be celebrated on 21 May which was the birthday of Elizabeth Fry. She was a 19th century reformer who founded the Institution of Nursing Sisters several years before Florence Nightingale set up her own nursing team. She went on to improve the life of the mentally ill and made many reforms in hospitals.
The Royal College of Nursing (RCN) disagreed with this campaign and were backed by many more nurses who felt that Florence Nightingale was an important founder of modern nursing and should rightly be remembered and celebrated on International Nurses Day.


The event marks the end of Nurses Week which generally starts on the 6th and allows large hospitals, nursing homes, day care centres, etc to plan in many profile raising events. It also provides an opportunity celebrate other branches of nursing for example:

During Nurses Week the National Student Nurses Day will be celebrated on the 8th May. This started in 1998.

In 2003 school nurses celebrated National School Nurse Day for the first time and choose to celebrate on the Wednesday of Nurses Week.


International Nurses Day is now recognised as a major calendar event. Card manufacturers such as Hallmark now sell Nurses Day cards for people to give or send to a nurse. For example the 2006 Nurses Day card from Hallmark said

Compassion, Commitment, Kindness, Dedication, Caring, Knowledge - With helping hands and caring heart, you bring so much to your work as a nurse... and you make a wonderful difference.


Below are details and information about International Nurses Day Events which will be held in 2020 and 2021. If you have an event that you would like listed on this day then please contact me.

May Day For Nurses


For International Nurses Week, on the 13 May 2007, Noreena Hertz raised the awareness of the yearly event and the low pay of nurses and student nurses by involving Premiership footballers in a May Day For Nurses Campaign. Each footballer, football manager, etc was asked to donate one day's wage into a hardship fund for nurses.

On the 13 May 2007 the May Day For Nurses Campaign succeeded in signing almost one half of all Premiership football players who gave their pay that day to the May Day for Nurses Hardship Fund. In addition every single Premiership football club agreed to back the May Day For Nurses Campaign. Nurses led players out onto the football pitch at the Newcastle versus Watford Game. As a result the profile of the nursing profession was raised and news coverage appeared on may TV channels, newspapers and radio stations throughout the UK.

Even after the event celebrities and footballers gave their financial support. This included Steve McClaren who gave up a day's pay and the England team who give up their match fees from their latest friendly to the May day For Nurses Campaign fund. Other famous names who lent their support included Mohammed Al Fayed, Jamie Redknapp, Alastair Campbell, David Cameron, Sir Menzies Campbell, Norman Lamb, Andrew Lansley and Hazel Blears.

Over 30,000 people have registered their support for the campaign at the web site maydayfornurses.com - you can still register your support and encourage your friends, family and colleagues to register too.


Applying for the Royal College of Nursing Hardship Fund


Donating to the RCN Hardship Fund

Donating to the RCN Hardship Fund is easily done by visiting the maydayfornurses site where there is a donate now link on the top navigation bar.

The challenge set by Economist Norena Hertz was made into a television documentary and broadcast on Thursday 7 June 2007 on channel 4 at 9pm. It was called The Million Pound Footballer's Giveaway.

Visit the official May Day For Nurses website at www.maydayfornurses.com where you can read the campaign manifesto, see an up to date list of footballers who have pledged their support and money, read the league table of football supporters and their teams who have signed the petition (currently being won by West Ham United) and do please sign up and give your support.