This photo of the Brandenburg Gate was taken in 1956 in Berlin, Germany by RAMC Lab Tech Cpl Peter Elgar 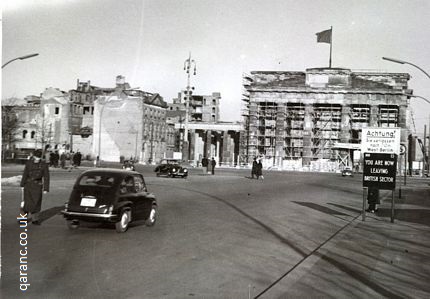