Pictured is an ATS and VAD Release Book Class A, Army Book X 802, that was issued to VAD Joan Holstius during World War Two. 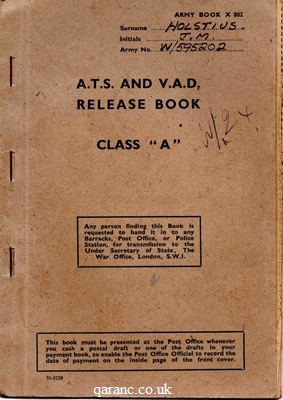 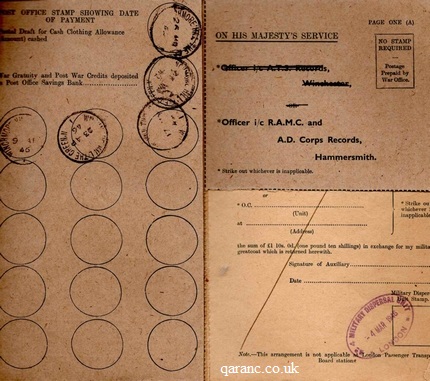 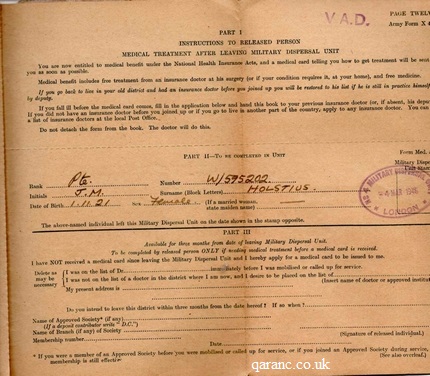