The 25th of April is commemorated as Anzac Day throughout Australia, New Zealand and the world as we remember those nations that served in the World Wars and other conflicts. The Australian and New Zealand Army Corps fought in wars from Gallipoli in the Great War through to those who died in other conflicts and peacekeeping roles. 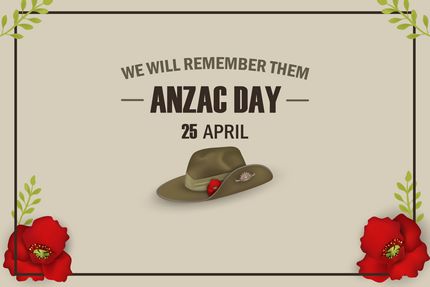 We particularly remember those brave Australian Army Nursing Service (AANS) nurses and those who served in the Queen Alexandra Imperial Military Nursing Service (QAIMNS) who gave their lives caring for patients in war zones.


Trudie Stables is a QA who served from 1984 to 1988 and now lives in Australia. She commemorates ANZAC day by wearing a replica World War One uniform. She is pictured here with Lt Col Jill Ikin RAANC (Royal Australian Army Nursing Corps) at the Nurses Memorial ANZAC Square Brisbane. 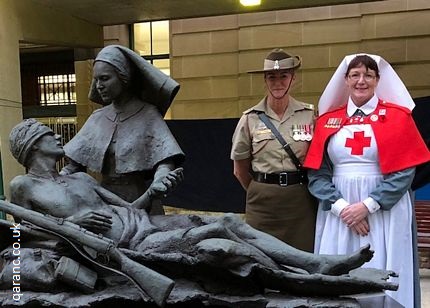 Stephanie Limpus on the right is wearing an original World War One tippet and uniform. Stephanie’s great aunt Edith Mary Richards served as a staff nurse in QAIMNSR. Edith was the younger sister of Stephanie’s Great Grandmother. Stephanie is wearing the original reserve medal. 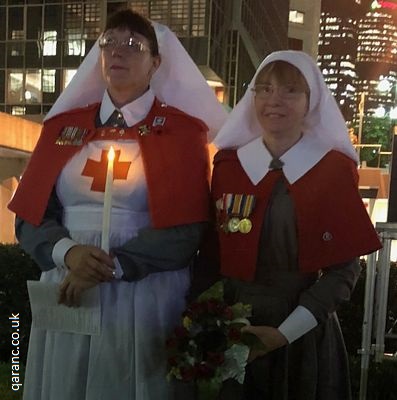 Stephanie made the wreath of New Zealand Silver fern with English red roses bound by a white bandage in memory of all QAs lost in action. 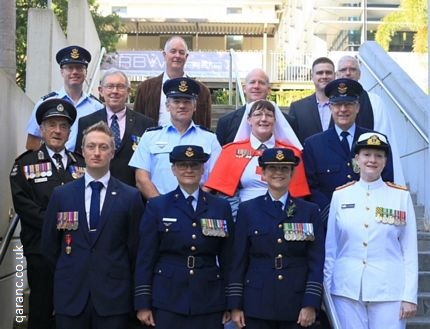 Australian Defence Nurses past and present with local dignitaries connected with the Royal Brisbane and Women’s Hospital.

The nursing students from the Australian Catholic University and Griffith University respectfully addressed Trudie as Matron!

Trudie recalls: This was one of the most poignant experiences of my life and I feel unbelievably privileged to have met and shared this occasion with so many dedicated nurses.