#DamBusters75 commemorates 75 years since Operation Chastise, more commonly known as The Dam Busters, on the 16th and 17th May 1943. This saw No.167 Squadron of the Royal Air Force attack German dams using the bouncing bombs that had been invented by Sir Barnes Wallis. 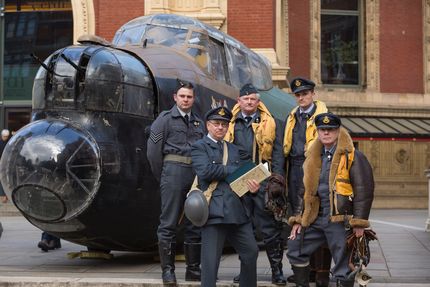 On Monday 26th February 2018 a cockpit of the Lancaster Bomber aircraft with five RAF World War Two re-enactors took part in a special event outside the Albert Hall in London to raise funds for the RAF Benevolent Fund. www.rafbf.org