Drawing of a WWI Nurse Holding a Spoon


This delightful drawing of a Great War nurse with medicine spoon and bottle in her hands is from the autograph book of Margaret McKay McKenzie of the QAIMNS(R). It reads: 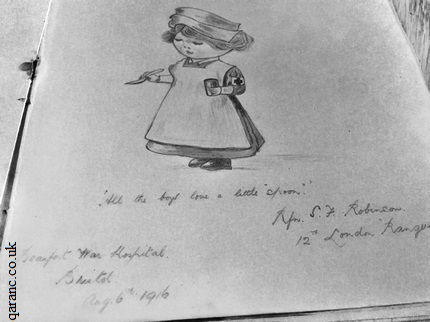 All the boys love a little spoon.