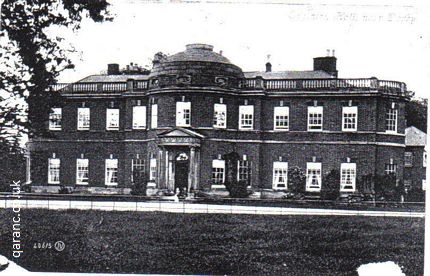 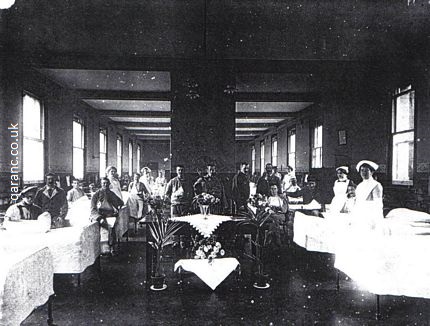 On the internal photo you can see L/Cpl Joseph Alan Walton 5th Battalion Nottinghamshire and Derby Sherwood Foresters seated in the chair to the right of the three men standing behind the table. He had been wounded in Belgium in 1915 and initially was admitted to an unknown hospital in Sheffield.

If you would like to contribute any information, photographs or history of Egginton Hall then please contact me.