Eggleston Hall, Barnard Castle, Co Durham was a World War Two hospital run by The Red Cross. It was formerly the home of Sir William Gray, the Hartlepool Shipyard owner. 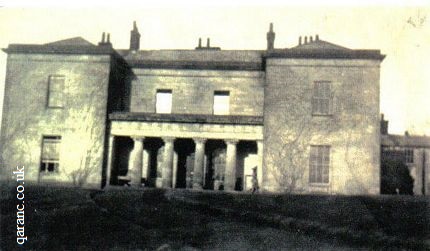 It became a convalescent home for wounded personnel from the Army, Royal Air Force and the Royal Navy.

The nursing personnel were a Red Cross Commandant, a Matron, a Sister and eight nurses from the Red Cross and St John Ambulance Brigade.

Military personnel were a Staff Sergeant, a Corporal and a peripatetic Sergeant to help with occupational therapy.

Weekly social events were arranged to which the local villagers were invited.

See also the Auxiliary Hospitals of World War One.