The family grave of the Thomson family in Ayr Cemetery, Ayrshire, Scotland, with the headstone of Ellen Graham Thomson who served with the Queen Mary's Army Auxiliary Corps during World War One. 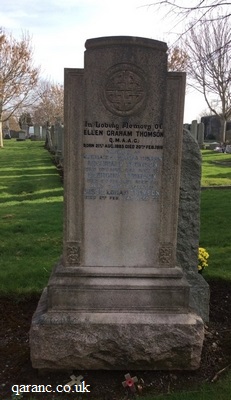 Her headstone on the family grave reads:


Read more about the Queen Mary's Army Auxiliary Corps including its history and more worker memorials.