Greenwich Cemetery in London has several graves of members of the QAIMNS which are included in the 556 Great War burials. Though there is an area known as Heroes Corner where 263 are interred, many plots are spread throughout the graveyard. There is also a Second World War plot with 75 known graves and unknown graves. Walls commemorate both wars and those who gave their lives. Below are photos of the QAs graves: 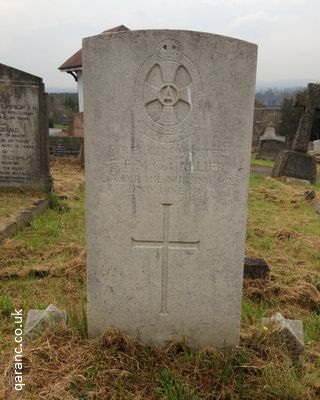 Her service number was 2/Reserve/C/349. She served in the Reserves and saw service in Gallipoli and Egypt. Sadly she developed an infection in Palestine which caused her to develop Pernicious Anemia. She was brought home to at Wharncliffe War Hospital in Sheffield and then transferred to the Royal Herbert Hospital on Shooters Hill in London where she died. 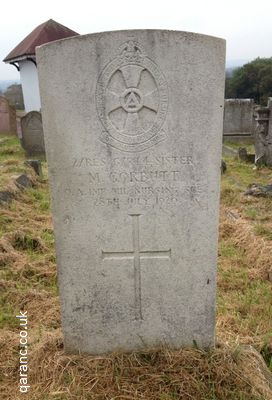 Her service number was 2/Reserve/G/544. We think she died aboard HMHS Nevasa.

Thanks to Terry Hissey for the photographs.