These photographs are of the Royal Army Medical Corps Memorial on Gun Hill in Aldershot, Hampshire. This Grade II listed building commemorates the 314 men of the RAMC who lost their lives whilst serving in the Boer War of 1899 to 1902 in South Africa. 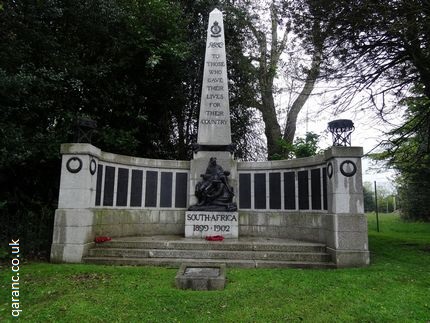 The Memorial reads; RAMC To those who gave their lives for their country South Africa 1899 - 1902.

The monument was cited next to the Cambridge Military Hospital which is now being converting into housing. It sat between the side of the Casualty Department and the QARANC Officers Mess. 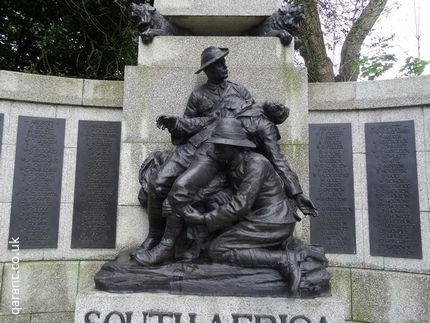 The sculpture, created by Sir William Goscombe John RA (Royal Academy) shows a wounded British soldier being cradled by an RAMC Medic whilst another Orderly tends to his wounds. There is an inscription which reads: Erected by the Officers, Warrant and Non-Commissioned Officers and men of the Royal Army Medical Corps in memory of their comrades of the Corps. 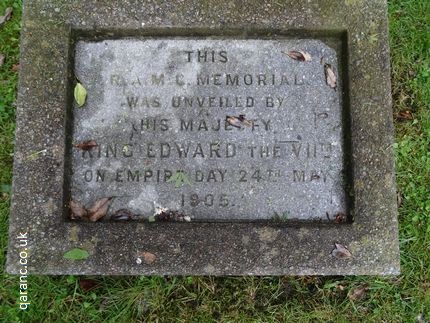 This stone plaque states: This R.A.M.C. Memorial was unveiled by His Majesty King Edward the VIIth on Empire Day 24th May 1905.


The names of those who died in the service of their country are on the walls: 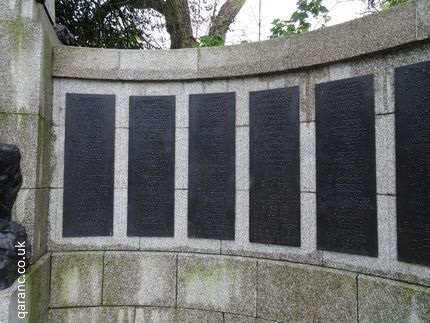 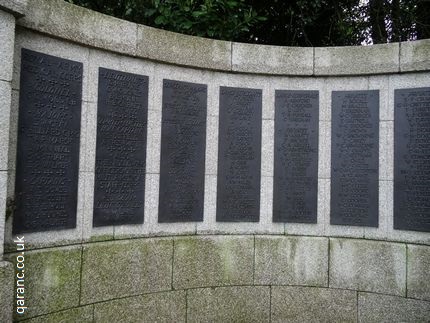