These war graves of members of the Queen Alexandra's Imperial Military Nursing Service can be found at Herne Bay Cemetery, Canterbury Road, Kent, England, CT6 7HB. There are 58 casualties of the RAF, Navy and Army interned here from World War One and the Second World War. 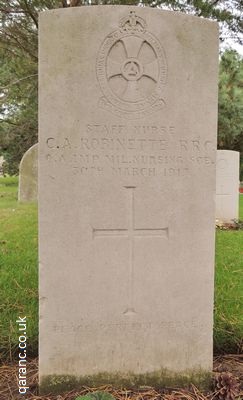 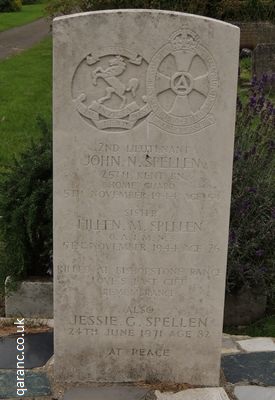 Also killed in the same incident was Lt Lewin Alfred Palmer aged 51 and Lt John Robert Garrod aged 42. We think it was a grenade accident on the ranges.

If you can help with further information then please contact me.