Hidden Histories is a series presented by Michael Portillo for Channel 5. Across the five episodes, Michael accesses abandoned and disused buildings to unearth their rich histories, showing us what they looked like in their heyday through archive photographs and film. 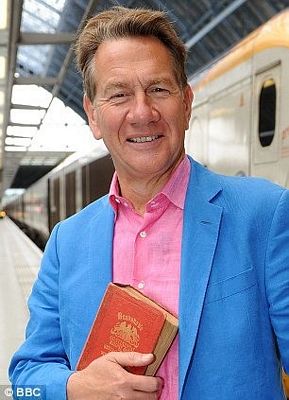 But these places only truly come alive when he meets the people who once lived and worked there, hearing their unique stories. As many of these buildings are soon to be redeveloped or demolished, this series offers us a last chance to peek inside before they change forever.

On the 2nd November 2018 the Cambridge Military Hospital in Aldershot episode will air on Channel 5 at 9pm.

I have published a book which tells the story of The Grey Lady Ghost of the Cambridge Military Hospital which reveals her origins in the QAIMNS and where she meets a QA veteran of Afghanistan.

She still walks her wards and tells her story by taking Scott Grey, a QARANC nurse, to the battlefields of World War One and beyond.

This is the first in the series of Grey and Scarlet Novels by CG Buswell. Read the first chapter for free.