The World War Two Home Guard and Civil Defence Units of Winsley and Limpley Stoke staged a war incident exercise in connection with the Bradford and Melksham Rural District Salute Week. Picture shows a civilian casualty being brought back to the casualty clearing station by a British Red Cross nurse. 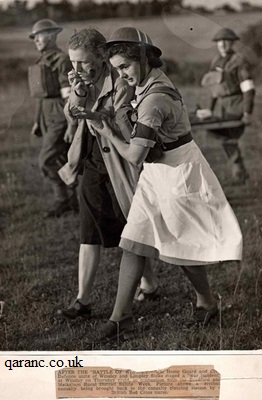 More of Joan's documentation and photos can be seen on the Voluntary Aid Detachment page.