The photographs of Hospital Ship Chantilly 63 are from the collection of Constance Ellen Fordham who served in the Queen Alexandra's Imperial Military Nursing Service during World War Two.

Constance is on the left.

Constance Ellen Fordham had the Nursing Registration number 25816 and had nursed since 1913. She trained at Charing Cross Hospital and Great Ormond Street in London.

She became a sister at Papworth before going into private nursing. She had to leave private nursing around 1936 as her father required her nursing skills before passing away in 1937.

The RAMC and QAIMNS crew of HS Chantilly.

In 1939 she joined the QAs and was posted to the Royal Victoria Military Hospital in Netley.

She then joined the Hospital Ship Chantilly No. 63. She had a very eventful trip with bombing attacks off Africa, where it was believed that one of the crew was signalling to the planes above. 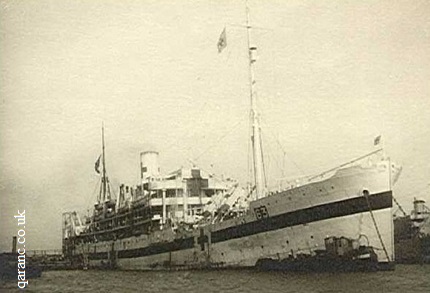 She ended up in Delhi Hospital. Her brother became a patient in the hospital being treated for Dysentery. He was told to sit up in the chair and sit to attention as there was a ward inspection by Matron. His sister swept into the ward and started the inspection. When she got to her brother, Eric Fordham, she asked how he was and then said, "I have a job for you to help you get better." She had acquired a large petrol engine mower and he had to cut the lawns of the hospital before he left to re-join his regiment. 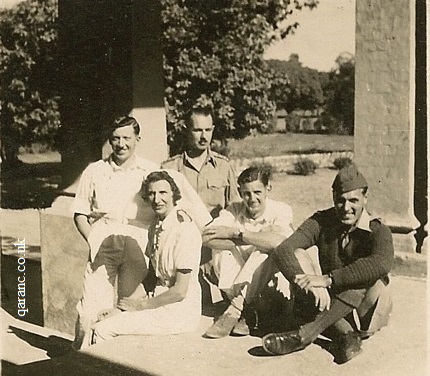 With orderlies and patients outside Delhi Hospital.

She used to horse ride in India. It is not known when she returned to the UK. She then joined her two sisters in running a private school in Surbiton Surrey. They retired to Bexhill on Sea Sussex in 1956.

Her nephew described her as a very wonderful person, who was as strong as an Ox but as caring as anyone could be. If you hurt yourself she would tell you to be as strong as a soldier as they would shrug it off. (She lost her youngest brother in Cambrae in 1918).