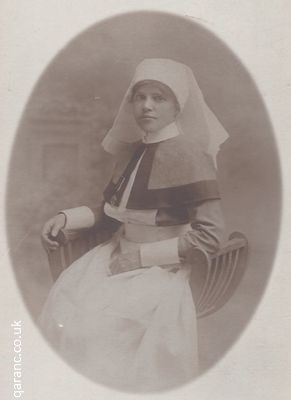 Above is Mary Carey Fallon who served In France in 1915. She was an American nurse who later joined the QAIMNS. The photo was taken in December 1915. 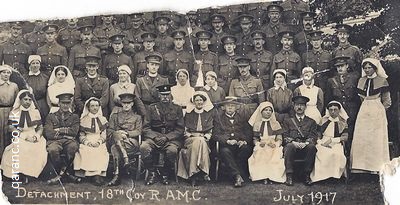 Mary is seated third from the right and it is thought that this may have been a postcard. It is titled Detachment, 18 Coy R.A.M.C. July 1917.

If you can help with any further information about Mary or 18 Company Royal Army Medical Corps then please contact me.