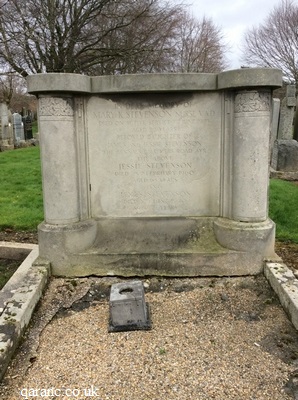 
At the foot of the grave is inscribed One of God's chosen.

Her father was awarded the Military Cross


Read about the history of the Voluntary Aid Detachment.