Nursing Sister and Matron Katherine Forbes Gordon Skinner of the Queen Alexandra's Imperial Military Nursing Service nursed in Military Hospitals in Egypt and Macedonia during World War One. She served with the QAIMNS since 1906. She was Mentioned in Despatches three times for her work with the sick and wounded. 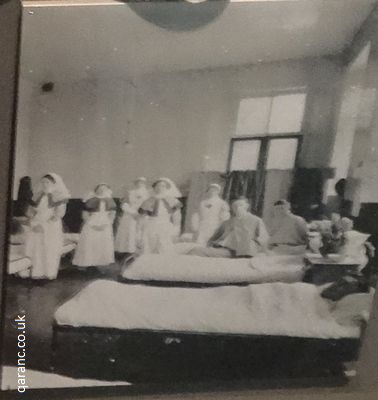 Her service medals are on display at the National War Museum in Edinburgh Castle located in what was the Hospital building. The photo above is displayed next to them.

From left to right they are the Royal Red Cross and Bar, 1914-1915 Star, British War Medal and Allied Victory Medal (these three were nicknamed Pip, Squeak and Wilfred by soldiers!) and the Queen Alexandra's Imperial Military Nursing Service Cape Badge/Medal.