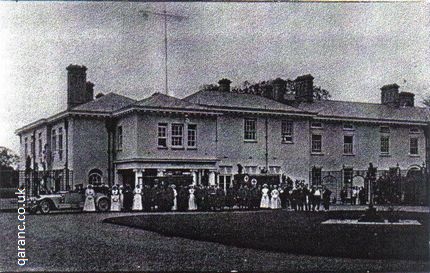 Mr Adam Mortimer Singer was the oldest son of Isaac Singer who was the founder of Singer Sewing Machine Company. He was born in New York in 1863 but was brought up in Paris and then went to Cambridge University.


He became a naturalised British subject in 1900 and having inherited wealth from his father bought property in England, including a Mayfair property where he lived when not at Milton Hill House.

Two days after the outbreak of World War One he offered Milton Hill House to the military and it was immediately opened up as a hospital for soldiers and Non-Commissioned Officers. It remained open until the end of 1920.

His wife who had joined The Red Cross became The Matron and a staff of VAD and Red Cross nurses looked after the needs of the wounded.