Mrs Rubie Pickard was the wife of a Captain, both residing in France, and amongst her duties with the British Red Cross was delivering newspapers to the hospitals. She died of stomach cancer aged 67 years. She is buried at Wimereux Communal Cemetery. 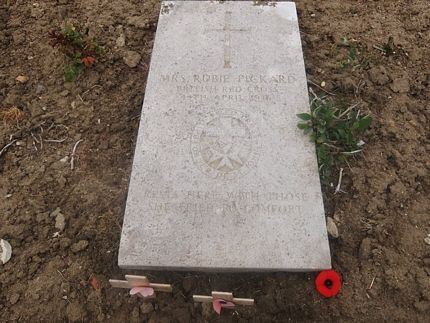