This beautiful oil painting shows a QAIMNS nurse in tropical uniform with a Major epaulette rank. We think it dates back to the Second World War. Beneath is written Matron 160. 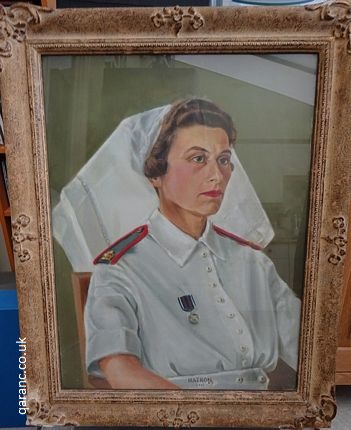 We note that she is wearing a Reserve QA medal which is unusual as few members of the Queen Alexandra's Imperial Military Nursing Service Reserve were appointed the rank of Matron.

The artist's signature appears to be K A Joseph.

The owner Peter's Nursing Collectables would love to learn more about it and even trace her name. If you can help then please contact me.