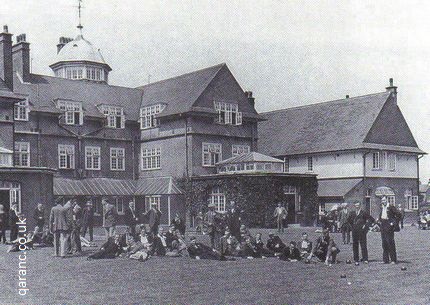 The Passmore Edwards Convalescent Homes For Railwaymen were established by John E Nicholls cashier of the Chatham and Dover Railway, with the financial support of the 19th century philanthropist Mr J. Passmore Edwards who was the owner and editor of The London Evening Echo. Nicholls had been involved with The Friendly Societies for a long time and persuaded Passmore Edwards in 1899 to buy land in Kent. The Herne Bay Home was built and officially opened in June 1901.

It was used as a military hospital during WW1. Several other Homes were either built or were adaptations of acquired/donated grand buildings around the country but the Herne Bay Home was the only one used directly as a Military Hospital. We would welcome knowing if it was staffed by the RAMC, QAIMNS, VAD or Red Cross.

Leasowe Castle on The Wirral was also a retired railwaymen's convalescent home. It was purchased in 1910 and during the Great War it was used as accommodation for Prisoners of War. 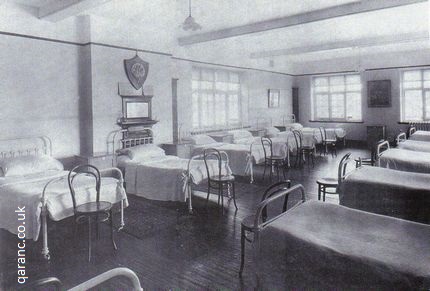 The dormitories at Herne Bay.

In the later post war years the accommodation was upgraded to include railway women.