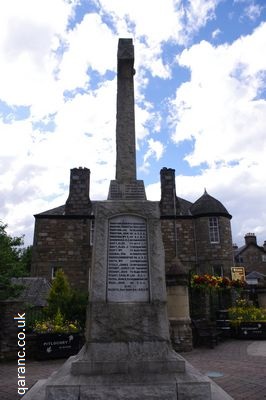 The remarkable Pitlochry War Memorial is situated on Atholl Road, the main street, next to the park. It is dedicated to those of this parish who died in the Great War and the Second World War. This included Staff Nurse Macbeth of the Queen Alexandra's Imperial Military Nursing Service Reserve and Private Wm A Robertson Royal Army Medical Corps (RAMC). It is made from Aberdeen granite and shaped into a Celtic cross. Behind is a well maintained garden and grassed area with plenty of wooden benches to sit and reflect. 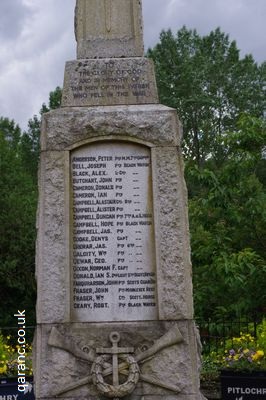 The First World War parish numbers were at 250 people and sadly 81 men and one nurse died and are commemorated in this twenty feet high war memorial.


Staff Nurse Margaret Ann MacBeth QAIMNS(R) Her service number was 2/Res/M/1009 and she died on the 30/10/1918 aged 28. She was the daughter of Mrs Helen Macbeth, of Lower Viewbank, Pitlochry. 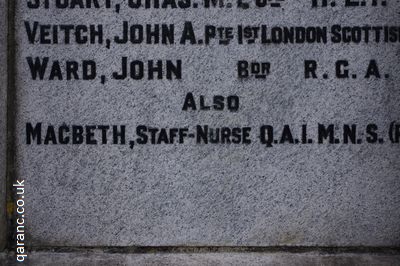