The photo below shows Her Royal Highness Princess Margaret, the Colonel in Chief of the QARANC, inspecting officers and junior ranks at the Royal Hospital Chelsea, London. 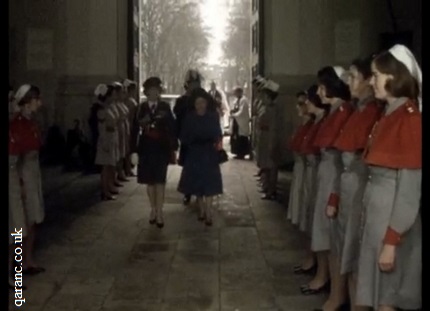 We think the photo dates to 1987 or 1988. If you can help with further information, please contact me.

It is from a 2-part documentary, Princess Margaret: The Rebel Royal, Series 1: 2. Castaway, about the former Queen Alexandra's Royal Army Nursing Corps Colonel-in-Chief (1954-2002). The clip of the QAs on parade is at 15 minutes and 54 seconds. At the time of writing it was still available on the BBC iplayer.