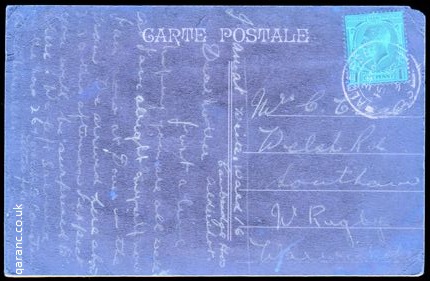 A Grandson is trying to decipher the writing on this postcard to help in his research about his Grandfather, Charles Norman Cleal, known as Norman, who was evacuated to the Cambridge Military Hospital in Aldershot from Salonika circa 1917 to 1919. The front has this photo of RMS Gloucester Castle. 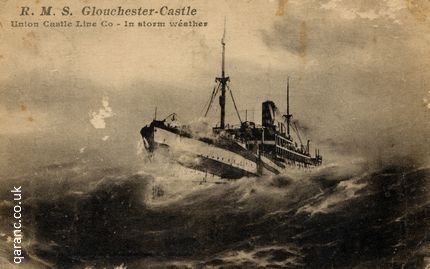 The transcript of the postcard reads:

I am at Weite, Ward 16 Cambridge Hospital, Aldershot
Dear Mother,
Just a line hoping you are all well.
As I'm alright myself now I _ _ at Dover in the _. We arrived here about _ _ this afternoon to I expect you will be surprised to (hear unsure) We left Salonika? on the 26 morn arrived Jan.

Does anyone know if the sentence should be Weite ward 16 or could it be White Ward 16 of the CMH? Please contact me. 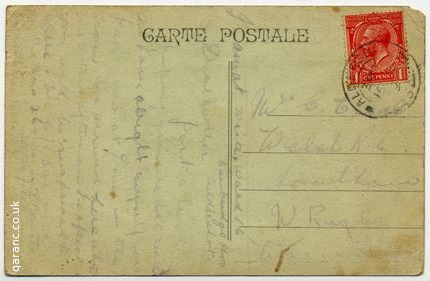 
Born Charles Norman Cleal, though normally known as Norman, was born 31st January 1896 in Leigh Street, Townsville, Queensland during Cyclone Sigma. The family were told that he was born in a tent although the photo has been lost in time. Ron A. Cleal remembers it looking like an American Indian tepee though his Aunt Eva and Elsie denied it. His grandson, Roger, wrote to North Queensland University who advised him to write to the then Colindale Newspaper library who allowed him to purchase copies of the “Townsville Bulletin”. This proved it was true that Townsville had suffered huge floods as a result of Cyclone Sigma. His parents made repeated trips home to Dorset and on one trip went to Freemantle. They Lived at 39 Bramhall St, Norwood, East Perth, Perth Australia. He received a religious book at Suez 1908.

In 1909 aged 13 they lived in Priors Marston, Warwickshire where his youngest sister Eva Gladys was born. The family is listed on the 1911 Census.

He was called up for service 14th October 1916 for Royal Warwickshire Regiment. At some point he was gassed and the family assume in France or Belgium. During this time was when he was admitted to Weit Ward 16 Cambridge Hospital Aldershot. 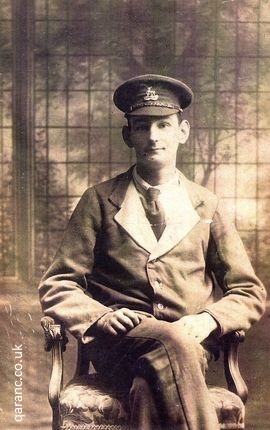 Norman wearing hospital uniform with his Royal Warwickshire Regiment Cap and Badge. On the back is written “Dad aged 18”. 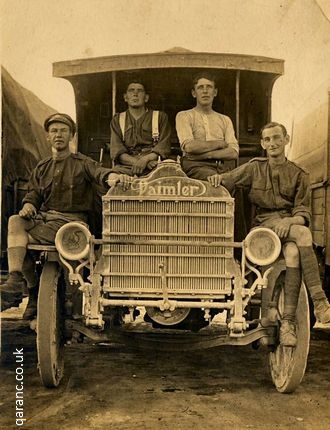 Norman is on the right pictured with his friends by their Daimler vehicle. 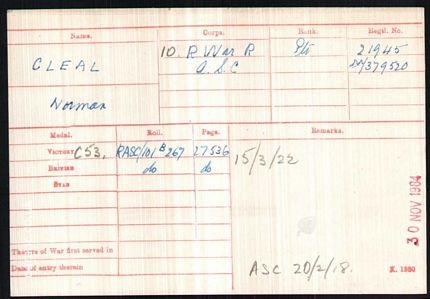 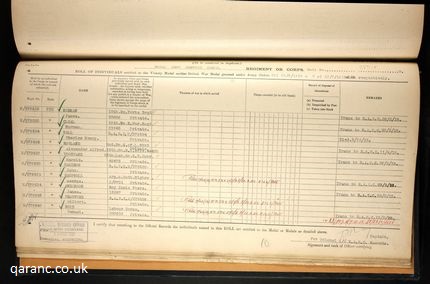 The family recall him saying he caught Malaria in Gallipoli, though they are not sure when he was there. 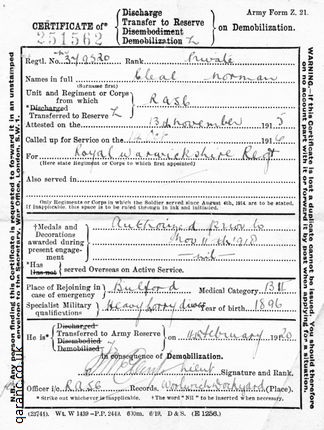 Norman knew of Margaret through his sister Elsie as they were at school together. On September 15th 1926 he married Margaret Hughes in Southam parish church. They honeymooned at Abbotts Repton near Huntingdon where her brother was Butler.

When first married they lived on Welsh Road East in a cottage where there were 6 cottages together. They moved to just below the Black Dog same side on the Leamington side. Eric and Ron were born there. They moved to Banbury Road and eventually to 26 Abbey Lane. Eric Charles Cleal was born on 1st August 1927 they lived then just of Church Hill, Southam. Norman was playing with the Southam Town Band at “The Castle Inn”, Edge Hill at the time Norman was aged 30. They moved to Banbury Road which was where Ron was born in 1931. When Ron was moved they moved to Council house in Abbey Lane. 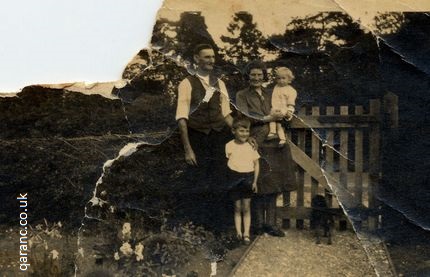 He also had a coal delivery business. They lived in Banbury Road in a thatched roofed building with stables. Their horse was called Flower. Norman would sleep with the horse in the stable if the horse was unwell but due to the General Strike he went bankrupt.

When he had spare time he was good at drawing and was very clever at grafting roses and fruit trees. 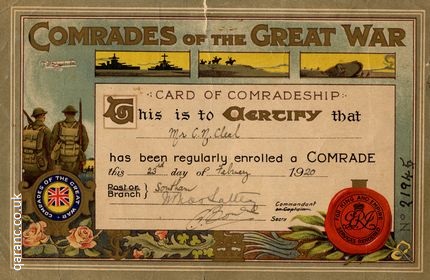 Comrades of the Great War card.


His health was always affected, he smoked heavily and died aged 41 of Bronchial Pneumonia on 3rd January 1937 at his home in Abbey Lane, Southam. After he died Margaret Cleal received a Pension of 10 bob for Eric and 5 shillings each for Ron and June £1 a week.

He did work on the roads for Northamptonshire Council. The family have a picture of him on the canals and he also worked at Harbury cement works.